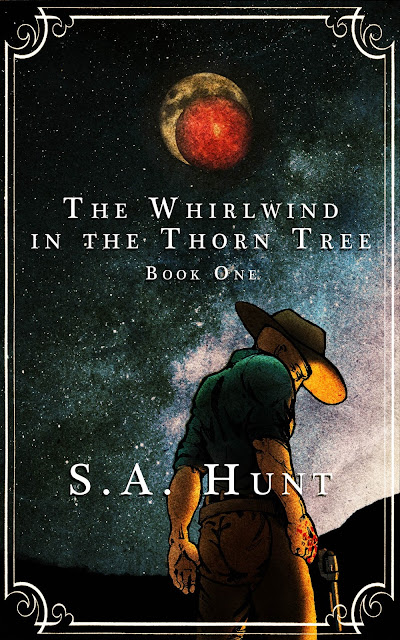 From award-winning author S. A. Hunt comes a blockbuster fantasy tale inspired by such old-school fantasy classics as Stephen King's The Dark Tower, C. S. Lewis's Chronicles of Narnia, and Madeleine L'Engle's A Wrinkle in Time.


After coming home from a stint in Afghanistan, veteran Ross Brigham learns that his father has passed away. Dearly departed Dad was a famous fantasy novelist, and the 300 fans that show up for the funeral demand that Ross finish E. R. Brigham's long-running magnum opus.

Ross and two of the author's devotees investigate his untimely death and discover that he might have been murdered...and the time-bending gunslingers of Dad's steampunk novels might be real.

As they try to acclimate to the arid deserts of the author's fantasy world, the three damaged heroes become pawns in a war for humanity's survival. The Muses have grown tired of immortality and now incite atrocities on Earth, trying to lure down a leviathan from the stars.

Can Ross and his new friends stop the scheming satyrs before both worlds are eaten?