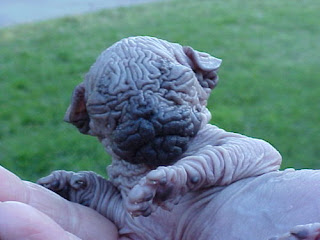 (an excerpt for In The Shadow Of His Nemesis) En Garde

(an excerpt for In The Shadow Of His Nemesis)

Shirtless in spite of the cold morning they stood on Laurel House’s front lawn. The stared at each other, fencing foils at their sides. At an unspoken signal they saluted and stepped forward; Zeth was muscular but beginning to soften with middle age, his skin was so dark it was almost purple He had his graying dreadlocks pulled back and tied with a ribbon. They sized each other up and tensed. Jack smiled, his hair hanging lose and wild. Zeth thrust with his foil.

Jack swiped the blow aside and retreated from a second attack.

Zeth's breath hissed out from between his clenched teeth as his opponent became more aggressive. He parried a trio of blows. Their foils rasped and clinked as they dueled beneath purple sunrise. Jack tried to strike low but Zeth evaded the glinting metal with a leap and followed with a counter-thrust.

“Hell yes.” They stepped back and saluted.

They returned to their starting positions, "Engarde!"

Jack drove Zeth back a dozen steps with as many blows. The attacks blocked more by blind instinct than skill. "Two can play at that." Zeth grunted and launched a wild attack of his own, realizing only too late that he'd fallen into a trap. Jack's foil tapped his forehead, "We're one for one."

"Keeping score are we?”

Again they returned to their starting positions. “By the way, are you having fun?"

Zeth smiled, "Yes, I am. You know when you invited me I almost turned you down."

“Lots of reasons.” Their blades clashed once more, this time each man was cautious and cagey, their blades glancing.

"Is he coming today?"

"God willing." Zeth replied his eyes darkening, "This place is a bit to… sedate for my tastes.”

“I thought as much.” Jack thrust and blocked, "I think that’s why I was surprised to find a man like you on our doorstep.”

“Magwier asked me to keep an eye on Galen.”

“Do you always do what Jason Magwier says?”

"I believe in what he’s doing. The Cause is more than what the name implies. We can save the world.”

“I think that the world can take care of itself.” Jack said, “It always has.”

“What about Isobel and her brother?” Jack asked.

“What about them?” Zeth said.

Sig stepped out the front door. He was wearing a light jacket, jeans, boots and a flannel shirt. He had a knapsack over one shoulder and a cane in the other.

Sig nodded, “Angie needs more pills. Do either of you want anything?”

Zeth said, “A few newspapers and a TIME magazine.”

“Of course.” Sig turned to go.

“I have to ask you something.” Zeth said.

“Aren’t you afraid to go into town? You haven’t been forgotten you know.”

“Let them come.” Sig’s laugh was almost a growl.

Both men watched him disappear into the tree line; then they returned to their stances.

They danced back and forth, steel flashing, their faces livid with exertion. “Those trips of his are dangerous.” Zeth said.

“He knows what he’s doing.” Jack delivered a savage riposte, “Besides Angie needs that medication.”

Zeth’s foil caught his opponent in the stomach, “All that means to me is that you’ve got two liabilities.”

They stepped back and saluted, the duel continued.

Email ThisBlogThis!Share to TwitterShare to FacebookShare to Pinterest
Labels: friday flash, In The Shadow Of His Nemesis

Abner Deggent was captured by a band of pirates that only wore soft fabrics but he vowed to escape the Cotton Swabs.

With its vibrating controller and interactive storyline the video game 'Action Masseuse' kept people playing for the happy ending.

5 Second Fiction One Thousand Eight Hundred And Sixty One

On a dare she ate a DVD of an Arnold Schwarzenegger movie, 8 hours later she became the first person to die from 'Going Commando'.

John tripped, stumbled and fell the dalmatian he was walking. He always was Johnny on the spot.

The worst blow to his self esteem was when he was spied skinny dipping and people left him extra clothes.

“Some people think creating an Anti-Flatulence Defamation League was a great idea, others think it stinks.”

In The Shadow Of His Nemesis chapter ninety six

In The Shadow Of His Nemesis

The crash was followed by more gunfire, it sounded as though the entire forest had become a battle zone. Which Isobel supposed was all too true.

The figure moving out of the doorway of the Great House looked like her brother, it wore his face but the muscles were slack and empty like those of an embalmed corpse. Hao had called the creature she was summoning the Dread Lord Chayot. A being born of sacrifice and vengeance.

Isobel’s brother’s clothes hung in tatters that had almost become shroud-like in their ruination. The wounds his body had suffered, both before and after death, were still visible but had become filled in with a kind of watery solidity that refracted and churned.

No matter how much she stared Isobel couldn’t place the color of the substance occupying the body It reminded her of something chemical- like liquid mercury.

“Warren?” Isobel said. She knew it wasn’t him but she couldn’t help herself.

Dread Lord Chayot stopped in front of Isobel and regarded her indifferently; regarded her with eyes thick with veins the color of tarnished silver.

“This is Isobel,” Hao explained as she joined them, “you must protect her.”

“I am not a protector,” Chayot said.

Hao shook a finger, “Her survival is part of my revenge. You will rescue the Monarchs’ prisoners and then you will kill the one called Piers Sauno. The one born of persuasion.”

More gunfire, growing closer. A thin buzzing had filled the air, a sound that reminded Isobel of a summer afternoon thick with the songs of cicadas. Hao turned her gaze to the old Vlodek, her one eye was familiar, the other the color of moonlight.

Everyone’s eyes have changed. Isobel thought, Everyone but mine. Unless being bloodshot counts.

At that the wounded Vlodek turned and bounded away.

The buzzing sound was growing closer. Isobel felt her gut twist, the automatic pistol felt heavy and cold in her hand.

The Dread Lord Chayot stepped in front of the women, tendrils of the strange tarnished silver substance began to drip from its hands.

Isobel asked, “What is that?”

For a crazy moment Isobel was sure she wouldn’t be able to move, that all she would be able to do was fall to her knees.

But then she thought, Galen needs me, and that was enough..

Email ThisBlogThis!Share to TwitterShare to FacebookShare to Pinterest
Labels: Horror, In The Shadow Of His Nemesis
Newer Posts Older Posts Home
Subscribe to: Posts (Atom)