Email ThisBlogThis!Share to TwitterShare to FacebookShare to Pinterest
Labels: gifs are magic

Is faith enough? Check out the trailer for NOTHING BAD CAN HAPPEN and ponder...

Email ThisBlogThis!Share to TwitterShare to FacebookShare to Pinterest
Labels: something cool, something weird

Would a video game from the POV of a 2 year old be a First Person Pooper?

PLAID STALLIONS has one of the most amazing coats ever!

TOPLESS ROBOT has the trailer for DARK DUNGEONS and it's Jack Chick vs Cthulhu! (Spoiler: Cthulhu's worldview is more life affirming...) 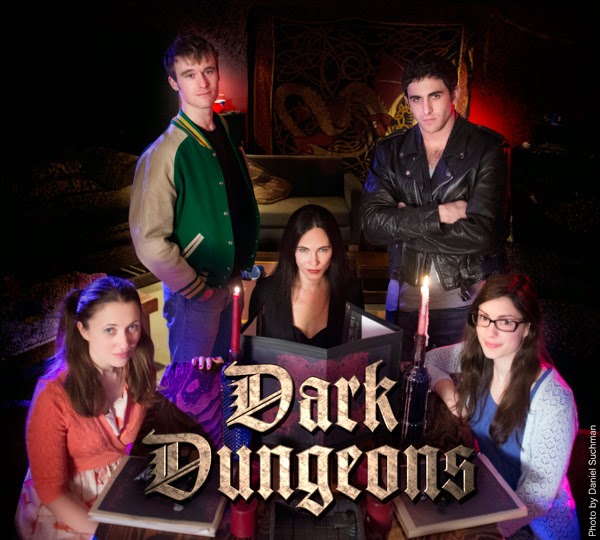 Will the trailer for WAYWARD PINES stir your interest? Will it be appointment television? Will M. Night get his groove back?

Email ThisBlogThis!Share to TwitterShare to FacebookShare to Pinterest
Labels: lovable links, something interesting, trailers, what at twist

There are people that think GODZILLA is based on a true story? what? What? WHAT?

Email ThisBlogThis!Share to TwitterShare to FacebookShare to Pinterest
Labels: something stupid, we are doomed, WTF

The Cold Inside (a serial novel) Chapter Thirty-Nine part three

In the darkness there was only pain. He felt as though he had been flayed, every nerve ending in a pinpoint of fire. He tried to scream but heard nothing, he couldn’t even be sure he was breathing.

The darkness was imperfect; it would withdraw like a caliginous tide, leaving him suddenly lost in a storm of sensation. A thousand images and voices roared for his attention. In those moments he knew that parts of him had been torn away and lost forever.

…for unto whomsoever much is given, of him shall be much required...

It was horrible and sickening but when the darkness washed over him again he whimpered at its passing. He imagined the void slithering into his mind. Each time it came for him it felt much colder than the last.

There were two voices in his head. The first was as gentle as it was familiar. It came to him whenever the oblivion receded, goading him to make sense of the chaos of thoughts, visions and sounds.

...I am a brother to dragons and a companion to owls…

The second voice was remote, it whispered disdainfully to him out of the darkness. Smug and cryptic it echoed through his mind.

“What happened to you?”

When he had been a boy he had become very ill with a fever. He had been too sick to really rest but too exhausted to raise his head off the pillow. Curled into a ball he had felt himself pass in and out of consciousness; the conversations in the hallway and the images in his mind clashing and melding. Was he still there on his sickbed? Maybe he had never left at all and everything else since then had been a dream.

…Our inheritance is turned to strangers, our houses to aliens...

A shudder, a tiny thing, worked its way through him. The faint odor of corruption taunted him. Where was it coming from? Where was he? There was so much pain growing more and more relentless.

“Love doesn’t matter in this, there are consequences.”

The voice he realized was a memory, a memory as powerful as the image of ink on his fingertips and blood under his nails.

…Gods ascending out of the earth…

The words were familiar and they were urgent but he couldn’t grasp their meaning. If anything this gentler voice of the two seemed to be receding. What would happen if it drifted so far away that he could no longer hear it? Would he truly be lost then?

“I always said you were special but that doesn’t make you better. I wish you understood that.”

Or was he lost already? There were moments when he could remember the things he had done. He asked himself again and again, what had he let himself become?

…not against flesh and blood, but against principalities, against powers, against the rulers of the darkness of this world…

Moving faster now, the ebb and flow of darkness and illumination left him feeling as though he were spinning. The pain was giving way to numbness and with that there was a feeling of inevitability, a kind of letting go.

“You are my dream of a son and I know you’re better than this. When they took you out of me and said you weren’t breathing I prayed to God, Yahweh, Buddha, any god that might be listening to save you.”

The pain and the cold, the voices and the dark; they twisted around him until he no longer knew where they ended and he began. He felt himself about to give in to the nothingness he knew was waiting for him.

…Awake thou that sleepest, and arise from the dead…

At the last moment something flared within him, drawing him back. In a moment he knew that there would be no oblivion to claim him, not yet. It was more than the feeling of being incomplete, the feeling of something left undone. It was the memory of that gentle voice, the voice that comforted and damned him, a voice that was tinged with disappointment and expectation. He followed the sound of his mother’s voice, propelling himself along the border of shadows and confusion until he felt flesh solidify around him.

But something was wrong, it felt different this time.