Since I didn't get a new story up this week please enjoy my video blog review of THE NIGHT EVELYN CAME OUT OF THE GRAVE.

This post is dedicated to and in solidarity with little Dexter...

What Happened When My Son Wore a Pink Headband to Walmart

...He rocked that headband.

Soon enough, we were done with our shop and were making our way toward the front. As we passed through the produce section, two teenage girls began giggling and one of them asked, "Is that a boy or a girl?" I smiled and said, "He's a boy." I looked on at him adoringly as they continued to giggle.

Out of nowhere a big booming voice rang out. "THAT'S a BOY?!" The man was overly large with a bushy beard and a camouflage shirt with the arms cut off. He had tattered shorts and lace-up work boots with no laces. I could smell the fug of cigarette smoke surrounding him, and there was a definite pong of beer on him.

With no notice, the man stepped forward, grabbed the headband off of Dexter's head and threw it to the bottom of our shopping cart. He then cuffed Dexter around the side of his head (not hard, but that is not the point) and said with a big laugh, "You'll thank me later, little man!"

At the same time as I stepped forward, Dexter grabbed his head where the man had smacked him and threw his other hand forward, stomping his foot and shouting, "NO!" I got between my son and this man and said very firmly, "If you touch my son again, I will cut your damn hands off."

The guy snarled at me, looked at Dexter with disgust and said, "Your son is a f*cking fa***t." He then started sauntering out, but not before he threw over his shoulder, "He'll get shot for it one day."...

Katie and Dexter... I am so sorry this happened to you guys. You didn't deserve it- nobody deserves it. As a parent and a human being this fills me with anger.

I've posted this picture on my blog before, I wore it and posted it in a bit of silliness and fun with my daughter but now I am posting it in honor of you guys...

Dexter, I got your back buddy.

Email ThisBlogThis!Share to TwitterShare to FacebookShare to Pinterest
Labels: insane news, real men wear pink, what the Hell is wrong with people

My day job strikes again! No new NIGHT BLOGGER yet…

I am trying folks but these 13 hour days are doing me in.

I promise to get back into the swing of things soon, hang in there… 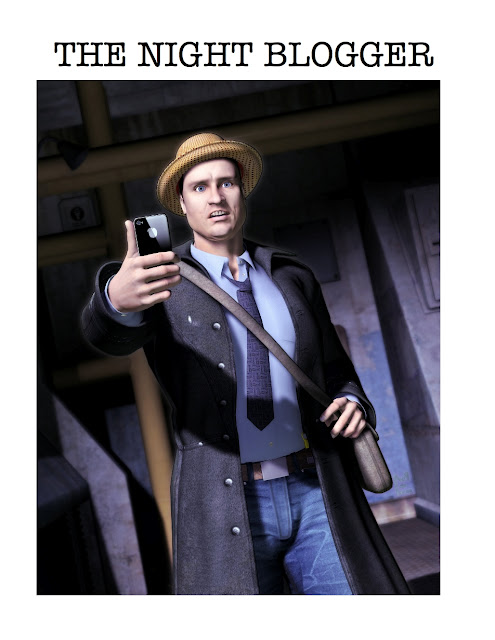 Part One: The Graveyard Game
Part Two: A Firesign Variation
Part Three: Digging In The Dirt
Part Four: The Red Chimes
Part Five: Back From The Shadows Again
Part Six: The Devil's In The House Of The Rising Sun
Part Seven: The House Of Gorgo
Part Eight: The Parliament Of Moloch
Part Nine: Under The Eye Of Luna
Part Ten: The Tale Of Detective Bradshaw
Part Eleven: Waiting For The Mortician Or Someone Like Him
Part Twelve: The Shape On The Stairwell
Part Thirteen: It's What's Inside That Counts
Part Fourteen: Dies Irae

Can you unfriend the apocalypse? The trailer for ANTISOCIAL makes me wonder...

Email ThisBlogThis!Share to TwitterShare to FacebookShare to Pinterest
Labels: Brandon is a far better riffer than me, lovable links, something funny

The 16 minute film THE FINAL MOMENTS OF KARL BRANT is better than a lot of full-length features I've seen.

Email ThisBlogThis!Share to TwitterShare to FacebookShare to Pinterest
Labels: lovable links, something cool, something cyberpunk

Email ThisBlogThis!Share to TwitterShare to FacebookShare to Pinterest
Labels: lovable links, something cute, something funny, superheroes

...Mathilda adopted the superheroic persona of Auntie Matter, since she’d been looking for a hobby since retirement anyway, and “that seems to be the thing everyone’s doing these days”. A sweet-natured, somewhat oblivious soul, Auntie Matter doesn’t really see anyone as “evil”, not even the villains she comes into conflict with, and certainly not her nephew. In fact, between her poor eyesight, her trusting nature, and the fact that she’s basically invulnerable, she still hasn’t quite twigged to the fact that he’s attempted to kill her multiple times. Although Jackson’s discovered she has an incapacitating allergy to Neptunium (not Uranium or Plutonium, for some reason) that causes her to cough uncontrollably, she tends to blame it on the dry air. This hasn’t stopped her from foiling his plans, and those of other supervillains, multiple times, usually inadvertently, rather like a superpowered Mr. Magoo. And while she may drive Jackson into levels of fury and embarrassment far beyond anything the Avengers or the X-Men could do, the vast majority of supervillains tend to find themselves rather disarmed by her. “Doom didn’t get into this business to pick fights with a sweet old lady,” the Latverian dictator was overheard remarking. Reports that Annihilus sent her a new housecoat for Christmas remain unconfirmed....

This version of ‘Bohemian Rhapsody’ makes a nice impression...

Greedo gets naked then things get weird! My video blog review for BLOOD MANIA...

From TWISTED SIFTER
In this incredible black and white photograph by Sébastien Barré, we see the inside of the abandoned Starlite Music Theater in Latham, New York. The building shut down in 1997, ending a 40 year run that saw entertainers such as Bob Hope, Milton Berle, Wayne Newton, Tom Jones and Eddie Murphy perform on its stage... 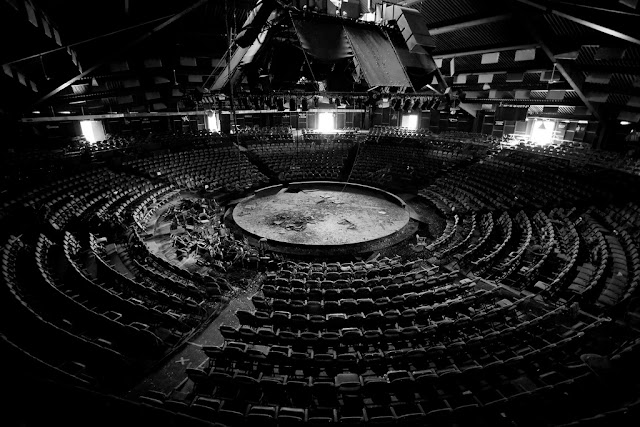 But not only that - my Dad used to perfom there all the time. He was pretty much their default opening act.

Here is some footage of my old man rockin' the joint...

A few thoughts about my old man.

But you know what? He did it. Oh sure, it took him a while to get there but he's been making his living as a performer for most of his life. He may never score a top 40 hit but that when the final score is tallied I bet he'll have genuinely entertained more audiences than a lot of gold record holders of the last twenty years.

And that is why even though my Dad and I may not always get along, or agree or even understand each other a lot of the time he will always be one of my heroes.

He did it, even though everyone said he shouldn't even have tried.
at July 30, 2013 No comments:

Email ThisBlogThis!Share to TwitterShare to FacebookShare to Pinterest
Labels: lovable links, my dear old Dad, my old man was born to rock hes still trying to beat the clock

Email ThisBlogThis!Share to TwitterShare to FacebookShare to Pinterest
Labels: lovable links, something funny, something pervy

And now a musical interlude. SING IT KISS!

Email ThisBlogThis!Share to TwitterShare to FacebookShare to Pinterest
Labels: I was made for lovin you baby, KISS, Knights In Satans Service, no really I was, sing it