The See Me Rollin'

Can't sleep, blogs will eat me

A Reading From The Binder Of Shame


Another bit of nonsense from 2009. This is about role playing games and I screw it up right out of the gate.
at March 29, 2013 No comments:

The Man That Ate Newborns (by Chilling Tales For Dark Nights)

The Ocean Doesn't Want Me

Precious Machine (by the NoSleep podcast)

The Man That Ate Newborns (by the NoSleep podcast)

YELLOWBRICK ROAD and ABSENTIA
LEMORA: A CHILD'S TALE OF THE SUPERNATURAL and MESSIAH OF EVIL
BASKET CASE and THE BROOD
THE HUNCHBACK OF THE MORGUE and PHANTASM
HELLRAISER II and PHANTASM II
THE BABY and POINT OF TERROR
THE BLACK CAT (1934) and ISLE OF THE DEAD
SAVAGE INSTINCT and THE FORGOTTEN
COUNT DRACULA (1977) and FRANKENSTEIN: THE TRUE STORY
THE CALL OF CTHULHU, OUT OF MIND: THE STORIES OF H.P. LOVECRAFT and CTHULHU 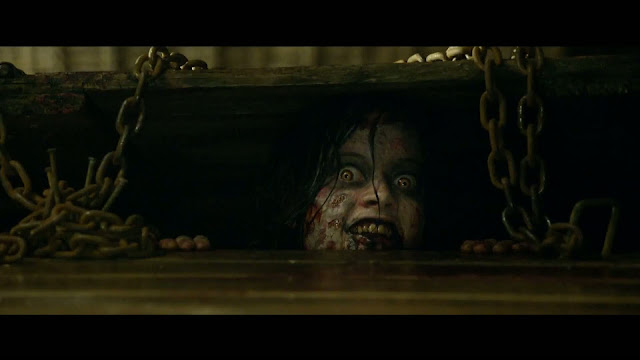 Email ThisBlogThis!Share to TwitterShare to FacebookShare to Pinterest
Labels: Evil Dead, not quite reviews, video blog

Another video blog/story reading. Sick of them yet?

Email ThisBlogThis!Share to TwitterShare to FacebookShare to Pinterest
Labels: Al Bruno III has no dignity, reviews, video blog, you know

Great... now I want to see an all-cosplay version of Shakespeare...

Now, we can be honest and say that nobody expects Kane to have Helen Mirren-level thespian skills - but would you or would you not pay to see someone who looked like that flying an invisible jet, facing down the god of war and lassoing bad guys...in a movie without penetration?

Fiddled around with turning another one of my audio stories into a video.

Don't forget- your reviews and recommendations help! (The same goes for your spare change...)

As you know I have some Ebooks out there on the World Wide Webs. They're only 99 cents so why not try one out? And be sure to leave a review!

Email ThisBlogThis!Share to TwitterShare to FacebookShare to Pinterest
Labels: Al Bruno has no dignity, Ebooks, the patron's page wants you

Now I need to get BACK TO FRANK BLACK

Back To Frank Black is the name of the online campaign to bring back Millennium, with the chief focus being on a film (though some fans would love a new series). Beginning in 2008, the fan campaign is one of the most consolidated and organized of all fan campaigns, with efforts placed in letter writing, podcasting, social media interaction, and much more all in the hope of bringing back Frank Black.

If that isn’t enough, the campaign has caught the attention of Lance Henriksen, main star of the series, who has become a vocal supporter of the fans campaigning for the return of Millennium. Furthermore, other names associated with the series have added their support, including Frank Spotnitz, Klea Scott, Brittany Tiplady, Megan Gallagher, and creator Chris Carter.

And now, here comes the book… Back To Frank Black: A Return To Chris Carter’s Millennium is not only indication to the campaign and the series, but to the fans as well. The novel explores the intricacies and depth of the show, but underscores why it was such a cornerstone moment in television media, and explains how in this contemporary age, Millennium is more relevant than ever...


You can purchase the book at AMAZON.COM

ANOTHER FINE MESS or just a bad freakin' idea?

Bit of an experiment here folks. Never used my YOUTUBE channel for much before so I decided to post this old video blog story I created a few years back. Audio and video are a bit lacking but then so is my delivery and grammar. I've been thinking of posting some fiction readings now and again. What do you think? Would you like to see more? I'd also like to know what you thought of the story as well, I made it up as I was going along mostly...