The band were leaving the stage to loud applause from the crowd as Death walked unseen into the venue...

For years she had celebrated alone. Yet, like so many things in the last few months, this too had changed.

A part of her was nervous, the other overjoyed. She had become accustomed to being a solitary witch. His presence although exhilarating, also threw her off her game a little. Deep inside her, she knew things would never be the same. She was now truly understanding the level of his commitment to them as a couple. It scared her. It pleased her...

The Team That Couldn't Shoot Straight This ones new!

The D&D Session That Mostly Wasn't

These guys make me laugh at my own material!
at December 25, 2009 No comments:

Fighting in Harnett's Rebellion left Megan scarred and limping; the war left her a mercenary, her wounds left her cruel.
at December 25, 2009 No comments:

Doomsday Girl was alive! Captain Hero found it darn unnerving how often things like that happened in the superhero world.
at December 25, 2009 No comments:

A December snowstorm stranded Karl far in a motel full of strippers with boundary issues. It was the best Christmas ever.
at December 25, 2009 No comments:

It would have helped if the Voice of the Resistance hadn't been so squeaky and annoying.
at December 25, 2009 No comments:

And what to my wondering eyes should appear but a miniature sleigh, and eight tiny reindeer! Yep the acid had kicked in.
at December 25, 2009 No comments:

Every year corporate served a lavish Christmas dinner to all the employees and just to keep them humble they served venison.
at December 25, 2009 No comments:

The superhero known as Amoeba Man could divide into two Amoeba Men but they frequently argued about which of them was the sidekick.
at December 25, 2009 No comments:

Look,” Judy said. “I like the strong silent type but when we're screwing can you at least grunt or something?”
at December 25, 2009 No comments:

Email ThisBlogThis!Share to TwitterShare to FacebookShare to Pinterest
Labels: 5 Second Fiction, The Nick Of Time (and other abrasions)

Blood And Tinsel (a novella)

Acquainted With The Night (a novella)

Merry Christmas To All And To All A Good Fight
at December 25, 2009 No comments:

Email ThisBlogThis!Share to TwitterShare to FacebookShare to Pinterest
Labels: Mythology In Progress

Werewolves never tell anyone to have a Merry Christmas, some however will wish you Happy Howlidays.
at December 24, 2009 No comments: 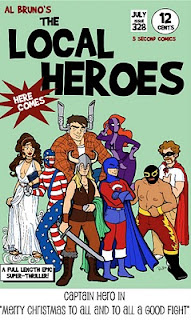 Of course the fares didn't hurt either, and he saw one waving him down just now.
at December 24, 2009 10 comments:

“There's nothing worse than outliving someone you admire,” Zeth said. “That's why I don't believe in heroes.”
at December 22, 2009 No comments:

She converted to Atheism to Catholicism because a good dose of shame made sex all the better.
at December 22, 2009 No comments:

History teacher Mr. Roberts had an unhealthy musk and a love of spicy colognes, when the students were bad he shut the windows.
at December 22, 2009 No comments:

Magwier sneered at the decorations, “Holiday sentiment to humanity is like sterilizing a blade before you slit someone's throat.”
at December 22, 2009 No comments:

A postal error sent many childrens' letters to Mexican wrestler Santo instead of Santa Claus, and a new Christmas special was born.
at December 22, 2009 No comments:

I have a new short short story available in the online magazine SHORT, FAST AND DEADLY

Check out my story SINGLE-CELLED VIGILANTE!
Thanks to Joseph A. W. Quintela for finding my work a home!
at December 22, 2009 1 comment: 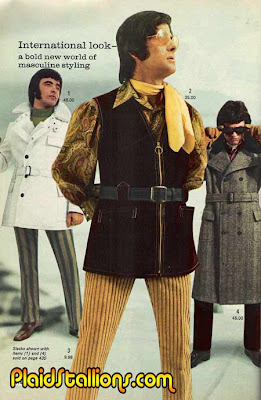 Once again Plaid Stallions brings the awesome
at December 21, 2009 No comments: