The Wonder Woman Mix makes me feel dizzy and nostalgic...

Email ThisBlogThis!Share to TwitterShare to FacebookShare to Pinterest
Labels: lovable links, something cute, something funny

Yeah... this is pretty much how my week felt... 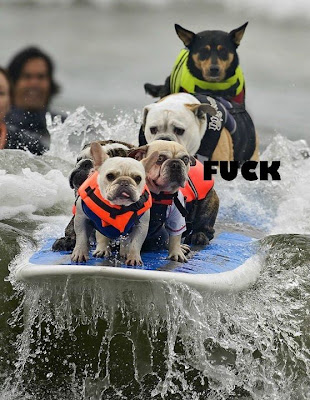 (An excerpt from In The Shadow Of His Nemesis)

Warren learned that the woman with a monster's face had a grip like iron.

Mr. Sauno's face was less horrible than Ms. Ginnmett's, only the skin around his neck was torn but it was peeling away from his chin like the rind from an overripe fruit.

Once the door had been locked and Warren had been forced into a chair at the dining room table the questions began. First Mr. Sauno asked where he could find Isobel.

Staring with dull eyed horror at the bodies of his best friends and the two detectives Warren had said, quite honestly, that he didn’t understand the question.

And Mr. Sauno responded by grabbing hold of Warren's right hand and twisting the pinky back until it snapped off.

That was where Ms. Ginnmett's strong grip came in, she stifled the screams with a well-placed hand over Warren's mouth.

Warren watched the blood burble from the ragged stump, it stained his clothes and splattered on the linoleum floor.

“Now...” Mr. Sauno began. “Ms. Ginnmett is going to take her hand off of your mouth. I do not want to hear any screams. We are going to have a calm discussion.”

But the moment her hand was off his mouth Warren started shrieking, screaming for help, screaming for them to let him be, just screaming and babbling like he had gone mad.

And Mr. Sauno broke Warren's ring finger and pulled it off with a single sickening twist.

Then Warren wasn't screaming anymore because he had passed out again. He dreamed briefly but dream was tinged with red; he saw himself in a sandstorm choking on dust.

A splash of cold water woke him up again, he sobbed but he forced those sobs to be quiet choking sounds.

“Let's begin again,” Mr. Sauno said. “Do you know where your sister is?”

“I didn’t think you would.”

“You knew that?” Warren felt the room spin, “Then why did you-”

“Why to get your attention of course.” Ms. Ginnmett whispered in his ear.

Mr. Sauno silenced her with a look, “But you can still help us. Where would your sister go if she had to hide? Where would she feel safe?”

Warren tried to think of something, anything, “I don't know maybe her boyfriend-”

“Anything else?” The man asked, “Anything at all?”

“Does she now? A name Warren, I need a name.

What was it? What was her name?

“Please please!” Warren started to scream and then caught himself, “Please don't hurt me anymore. I won't tell anyone...”

“No surprises there.” The woman said, “You haven't told anyone anything yet.”

Mr. Sauno said, “This friend, this Cheryl, I need her last name,”

Email ThisBlogThis!Share to TwitterShare to FacebookShare to Pinterest
Labels: fridayflash, In The Shadow Of His Nemesis

Joe Masucci is a freelance photographer in the capital region of New York. He has been behind the lens since he was fifteen years old. His cinematic style of shooting will bring your photographs to life in a unique and unforgettable way.

The man does good work, if you need a photographer look him up...

...and I never knew she did a cover of 'SEXUAL HEALING'

I guess I have a new favorite version of that song now.

Email ThisBlogThis!Share to TwitterShare to FacebookShare to Pinterest
Labels: ycdtotv

Weird Al, Steven Tyler and Alice Cooper performing the Beatles 'Come Together' gives me hope for 2012...

Thanks to FARK.com for this.

Email ThisBlogThis!Share to TwitterShare to FacebookShare to Pinterest
Labels: lovable links, someone cool, something cool

It is 2 AM here and I kinda slept through it but its the thought that counts.

Here is hoping 2012 has more laughter and less disaster.