DORKLY has '50 Insanely Awesome Pieces of Harley Quinn Fan Art'! These are my favorites... 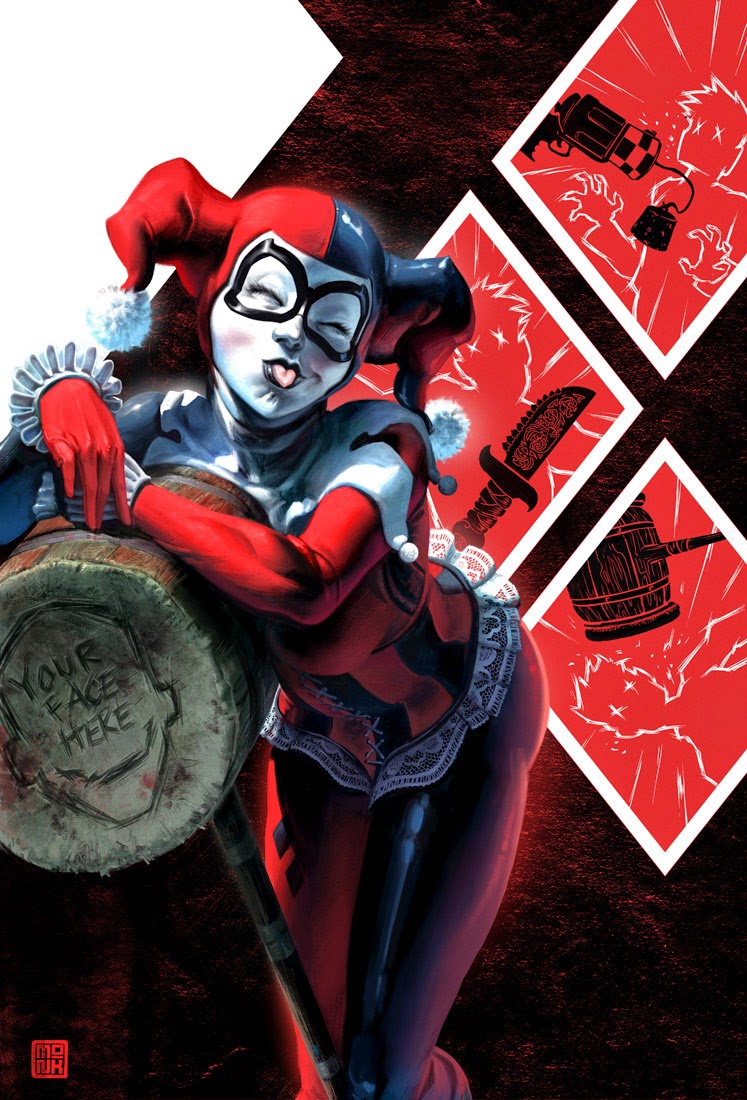 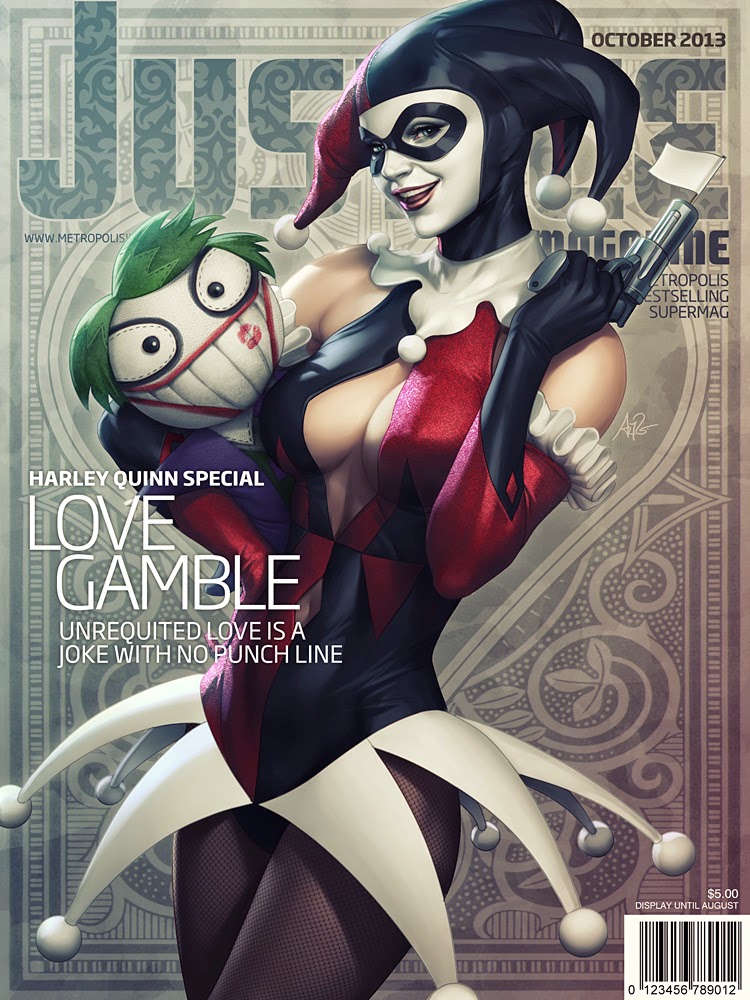 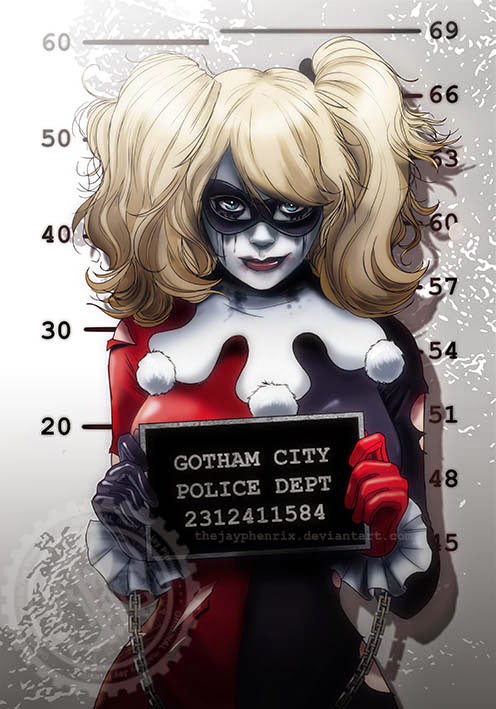 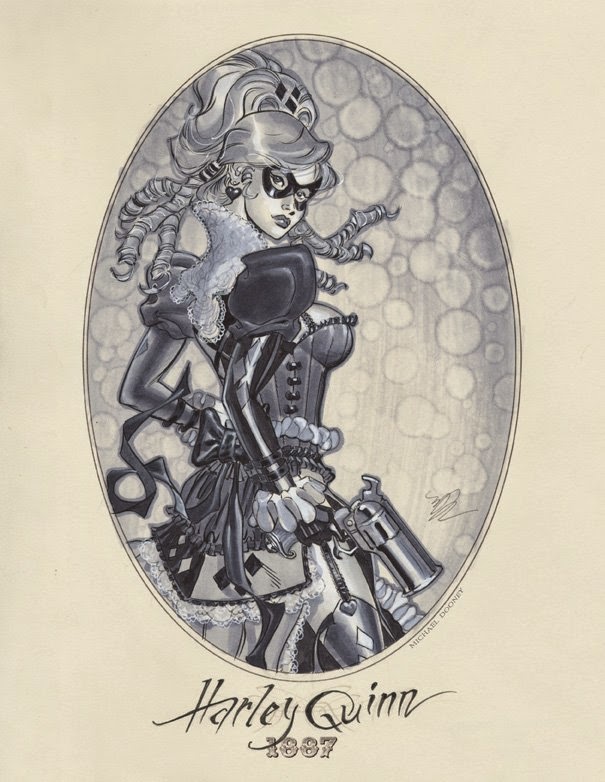 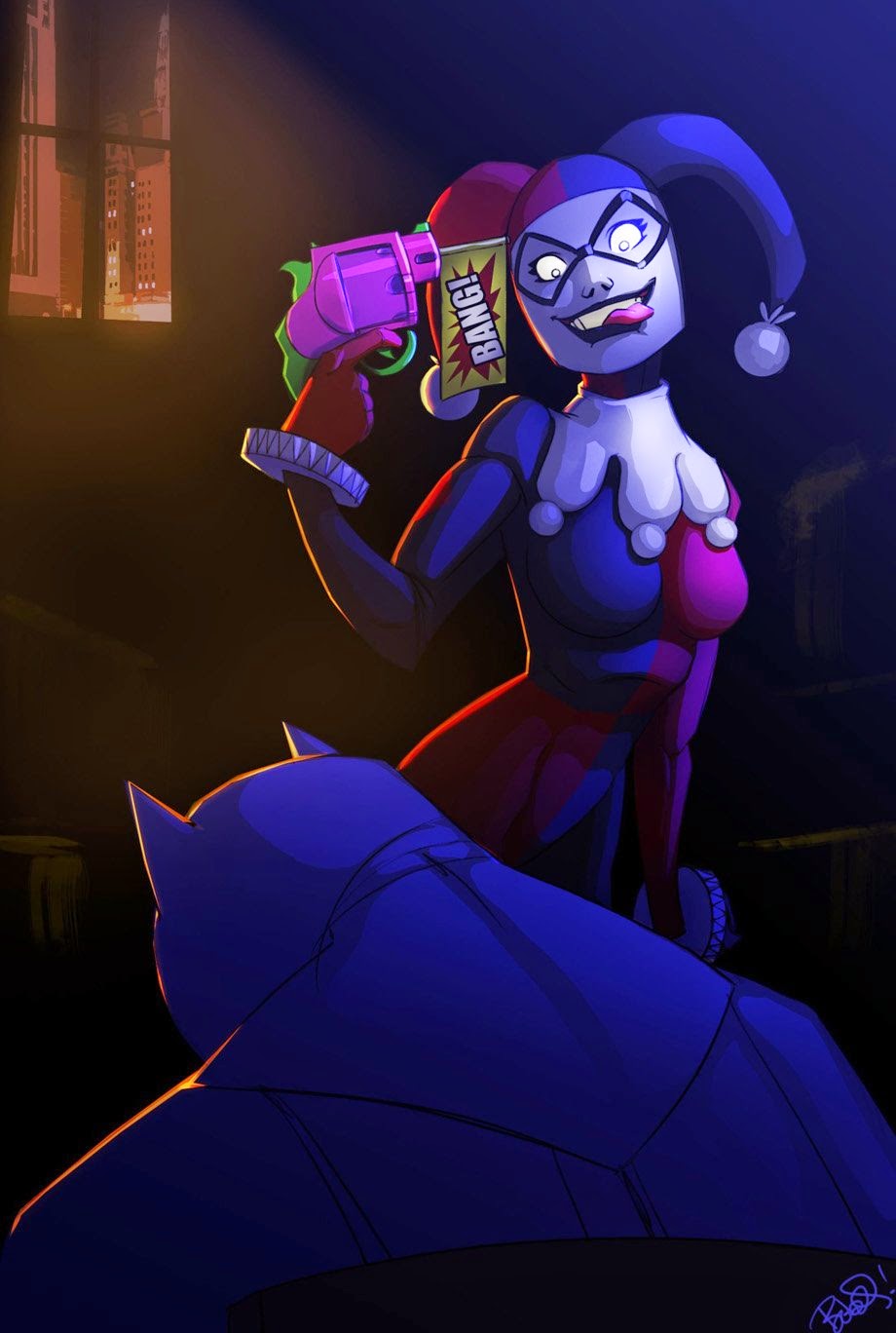 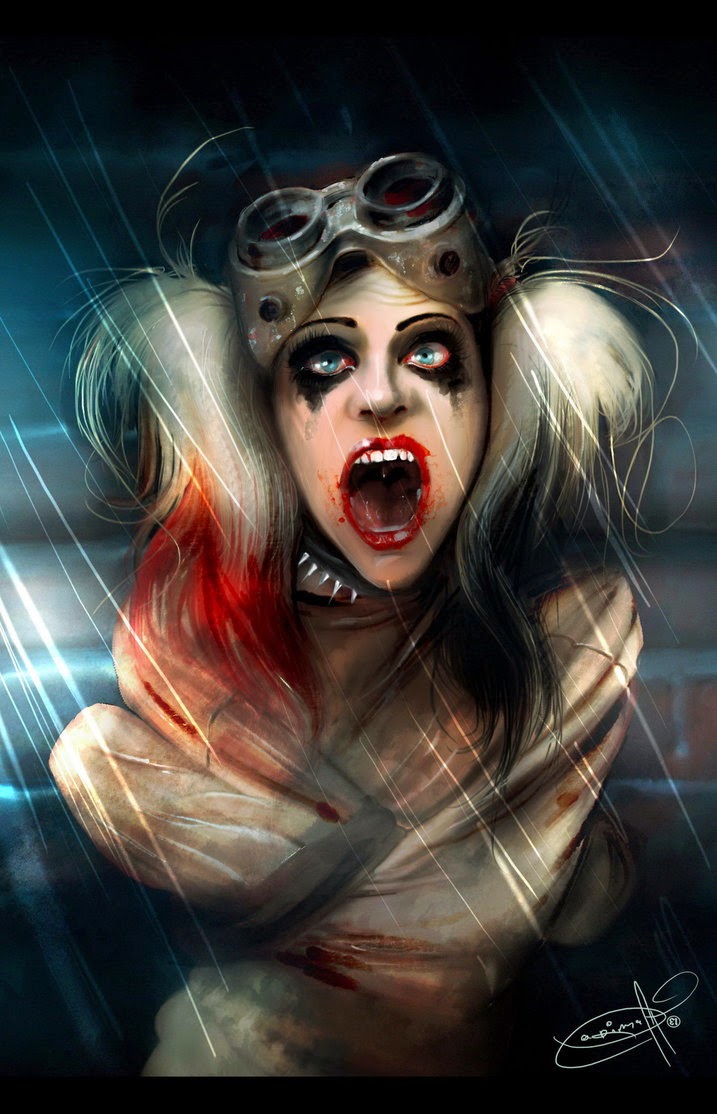 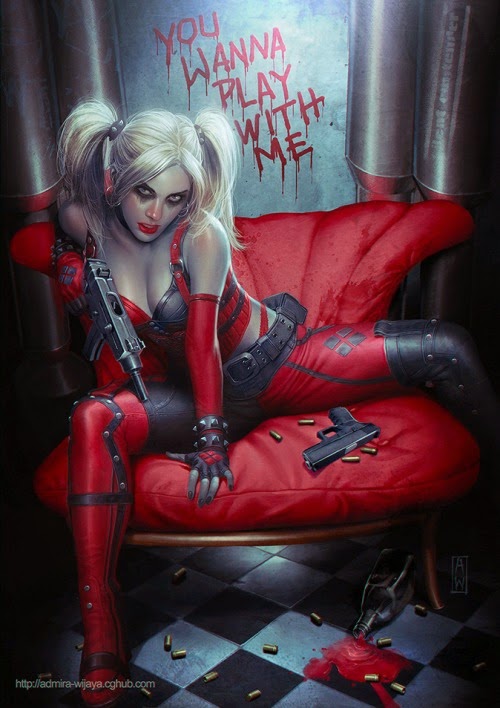 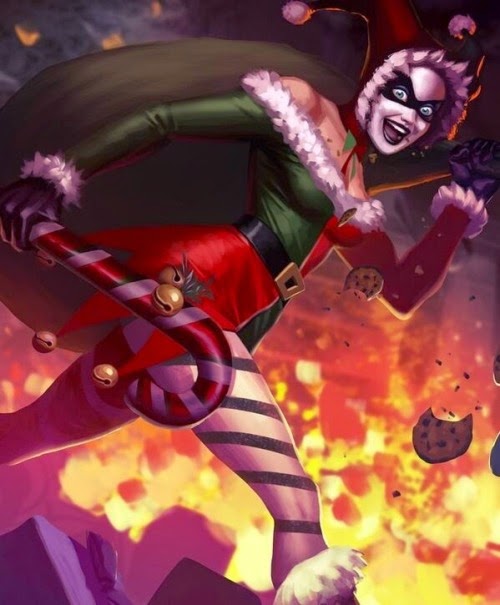 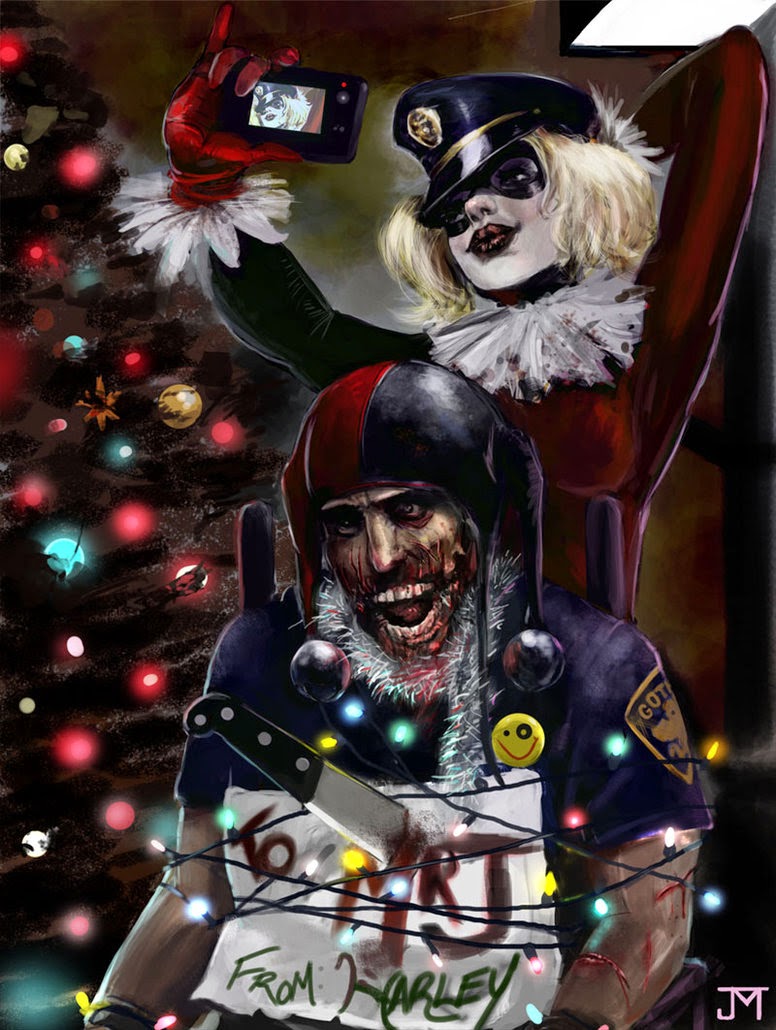 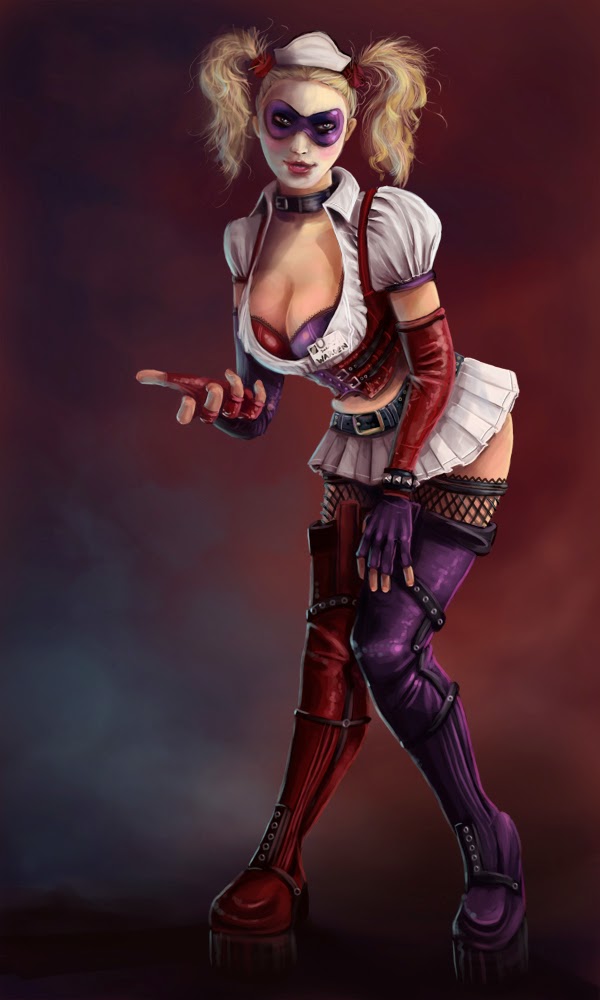 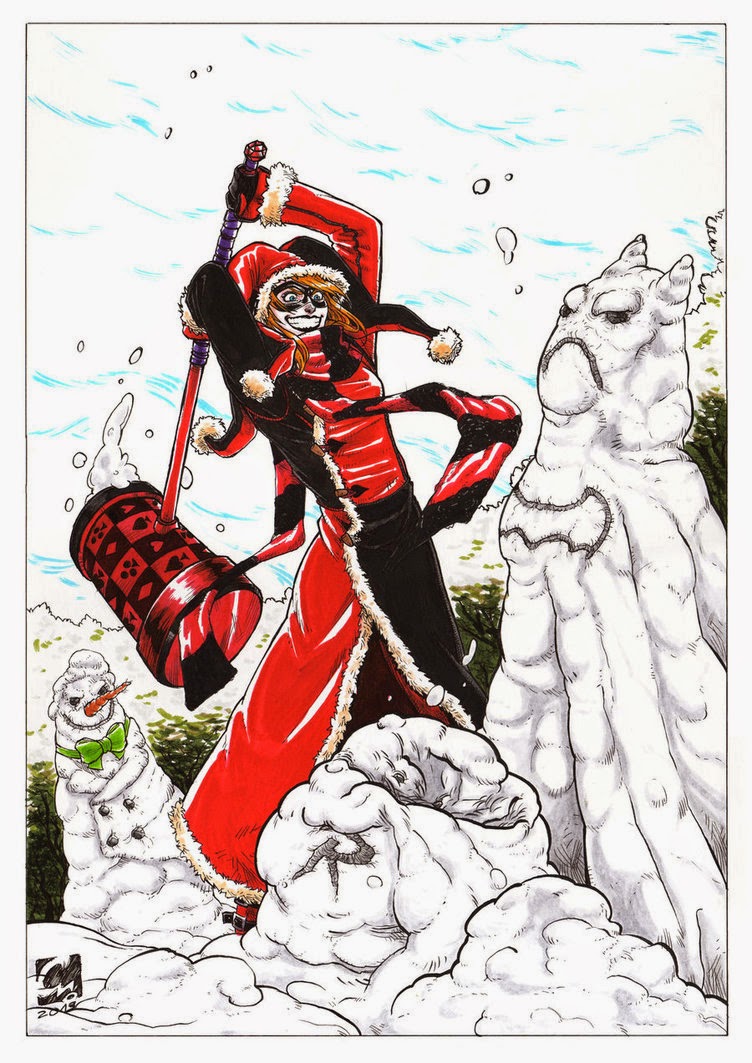 Email ThisBlogThis!Share to TwitterShare to FacebookShare to Pinterest
Labels: Aquaman is cool, something funny, something geeky, superheroes

An educational interlude with Johnny T of GLOVE AND BOOTS...

From GLOVE AND BOOTS

Something tells me that Christmas in Scarfolk is unique...

The most desired model kits were those based on popular childrens' television programmes, one of which was a show called Deformed Anonymous Infant Demon, or DAID for short. DAID was a crime-fighting eight year old with a difference. He had 4 arms and one leg because his psychic mother heavily smoked and drank during trances while she was pregnant. For some reason, this also made DAID a demon... 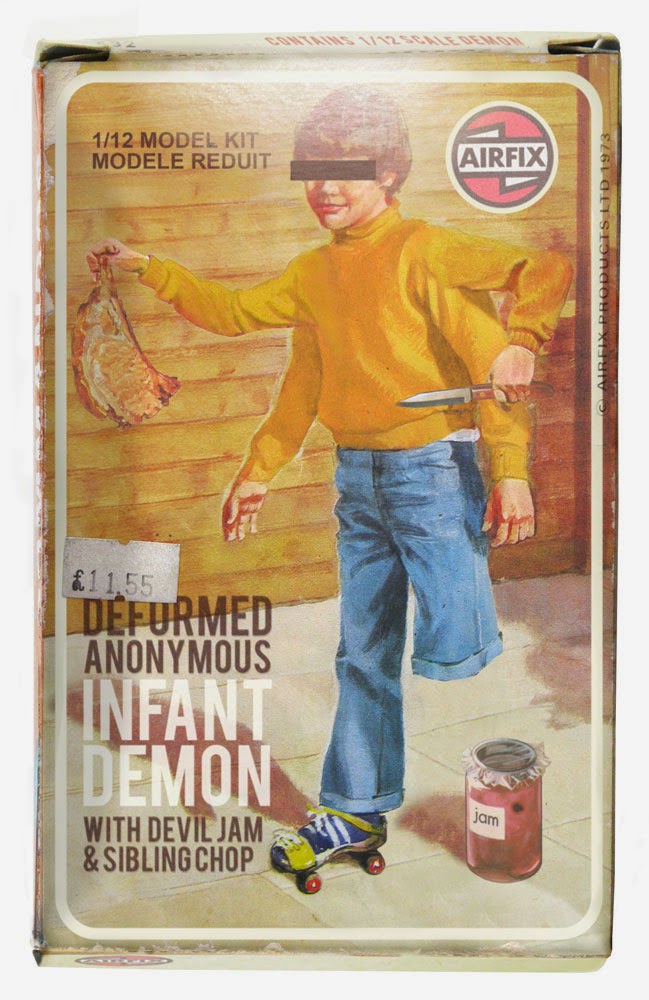 Email ThisBlogThis!Share to TwitterShare to FacebookShare to Pinterest
Labels: Beware Scarfolk, DEATH JAM MOTHERFUCKERS!, dont ever go to Scarfolk not even once, Scarfolk Council 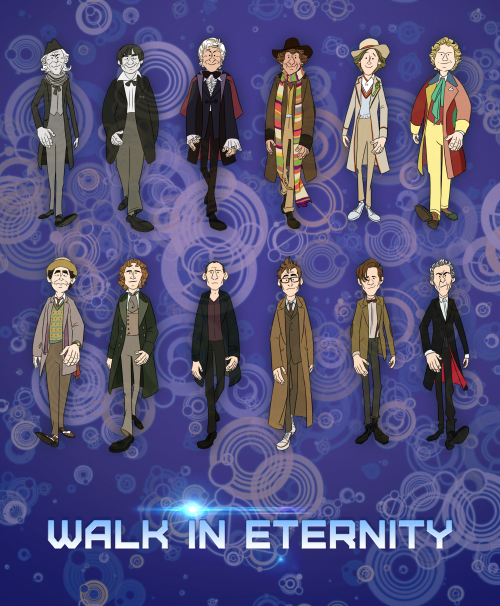 It has been too long since we've seen the awesome art of Hanie...

From MY HAND MOVES FUNNY 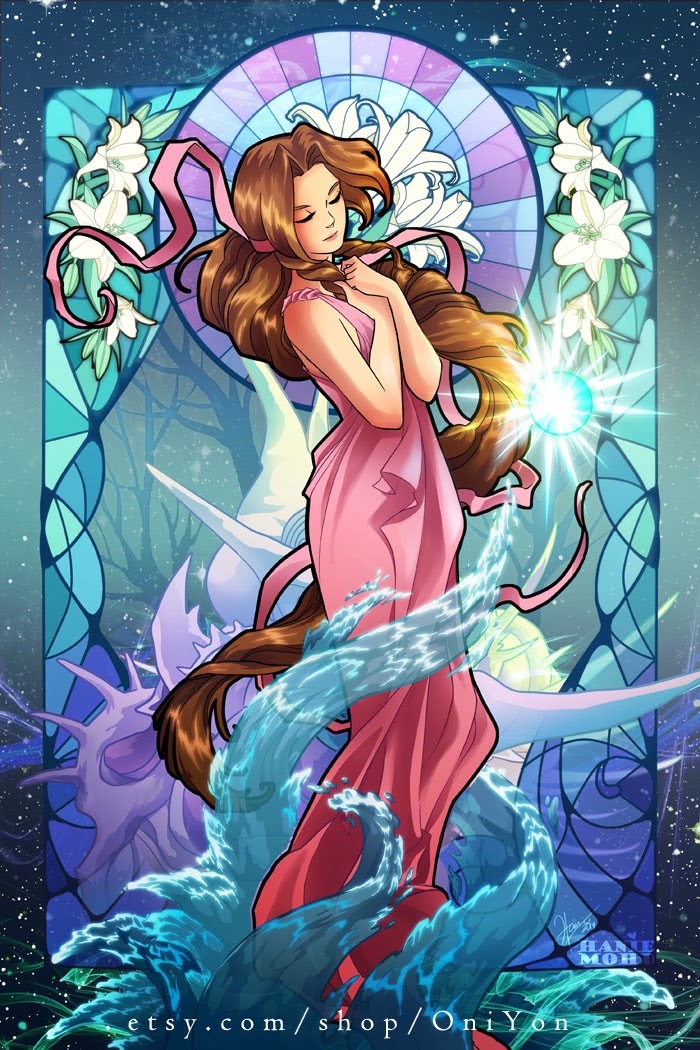 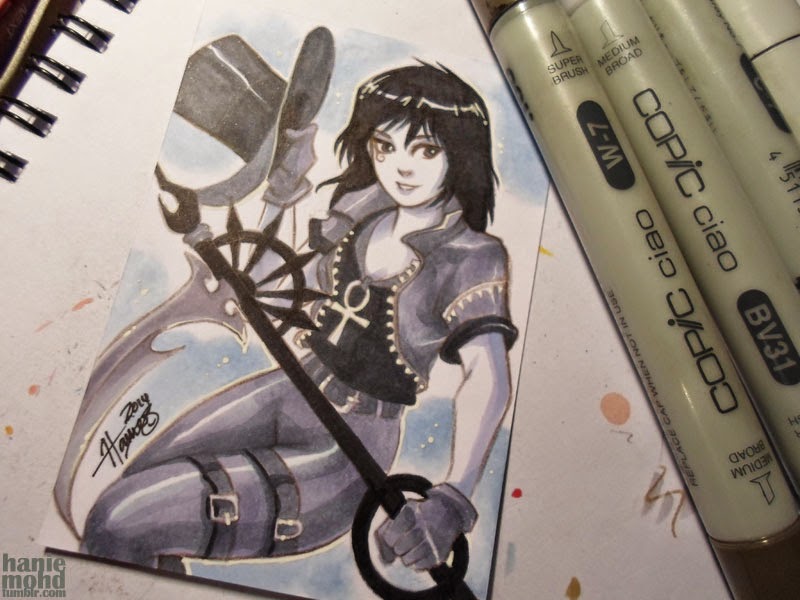 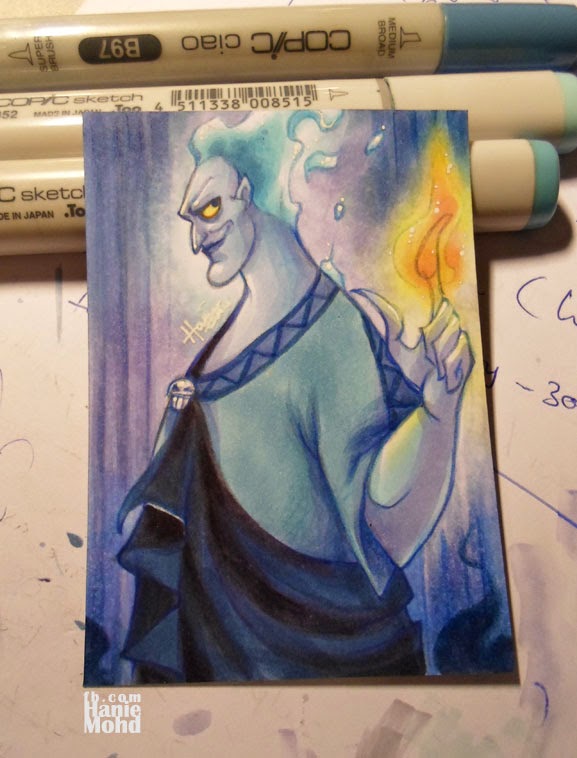 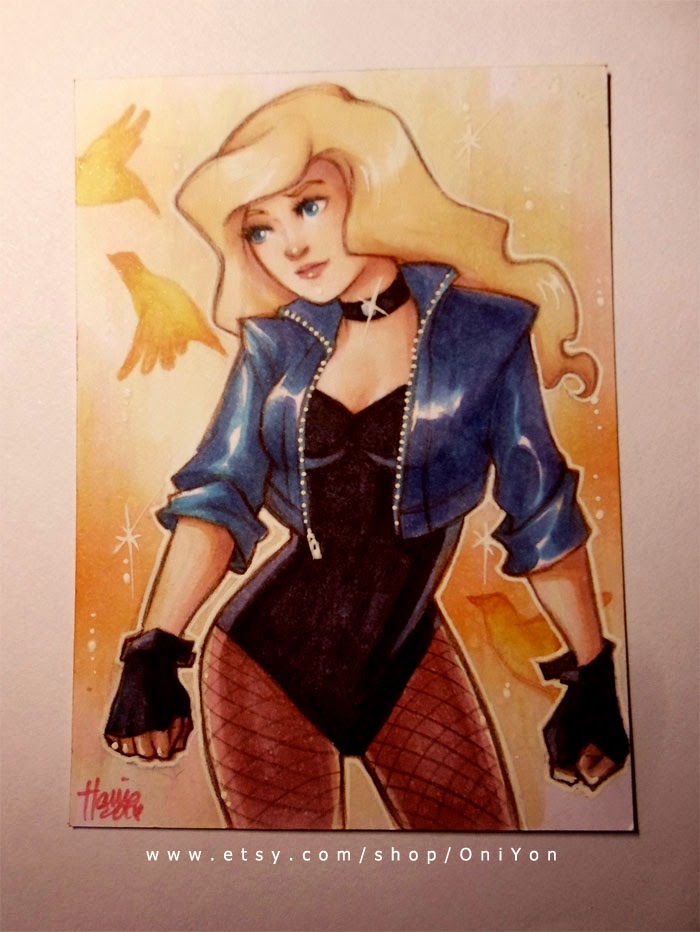 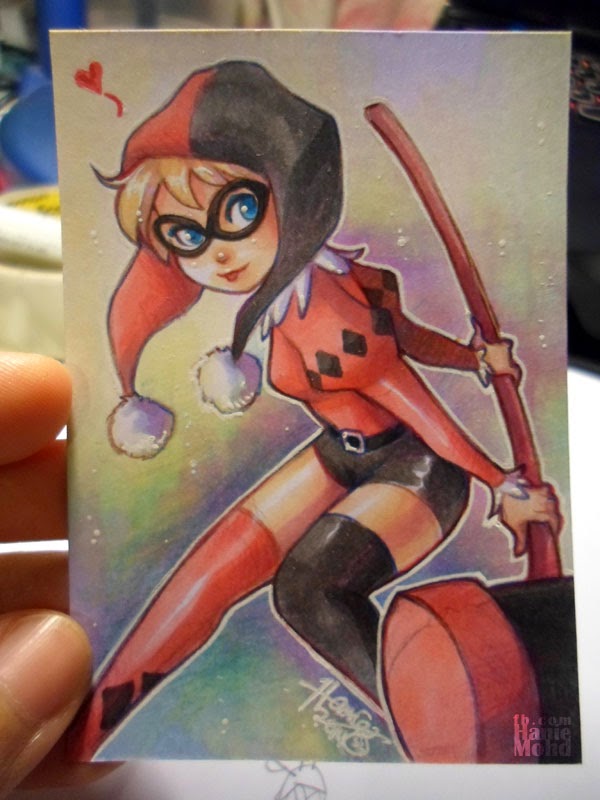 If the movies have taught me nothing else they've taught me DON'T PISS OFF KATHERINE ISABELLE!!! 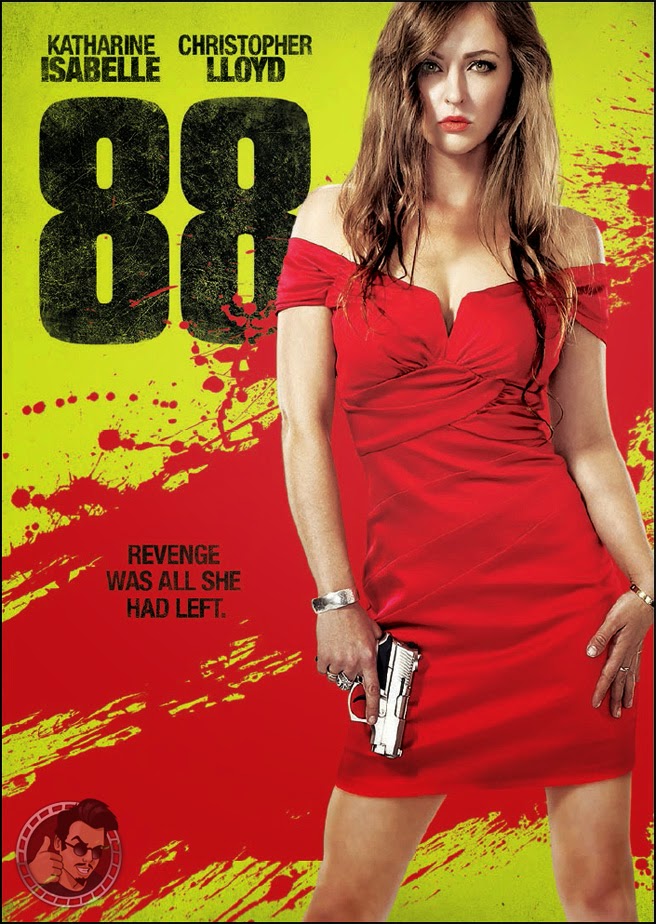 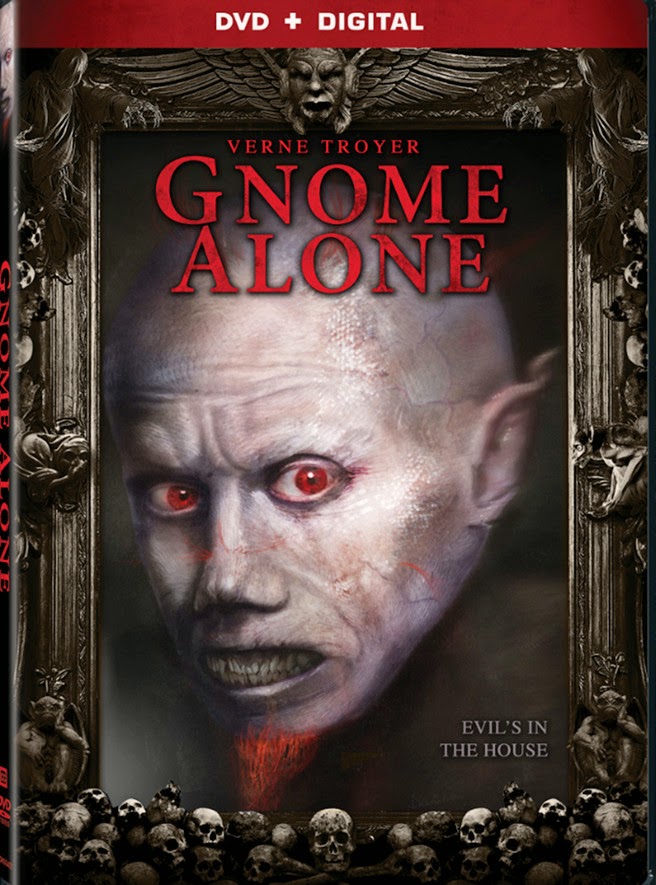 Anthony Vincent is at it again and all he wants for Christmas is YOU!

The George Lucas editon of the new STAR WARS trailer broke my brain!

If you've ever wanted to hear Bing Crosby sing a death metal version of 'Rudolph The Red Nosed Reindeer' then WHAT THE HELL IS WRONG WITH YOU?

It's Dark Corners vs HUMANOIDS FROM THE DEEP!

The Cold Inside (a serial novel) Chapter Forty-Five part one

The plan had been simple, he would make his way up the stairs and the moment he saw his son and adversary he would fire. Bitter experience had taught Gawain Wight that he couldn’t afford to give an enemy a moment to react; but the journey up the stairs had stripped his senses and psyche raw. Project Pharos had known about this place for decades, how could they not have suspected the truth? Gawain tightened his grip on his sidearm, trying to draw strength from the reality of it. The doorway to the penthouse was before him, he had only to open it but something held him back.

He couldn’t stop thinking about his father. Lionel Wight had died almost forty years ago, under circumstances that were cloudy at best. It had been the last mission of the original Project Pharos’ team. All anyone was sure of was that Victor Kovach tried to betray his team and perhaps the world to the Monarchs, only to be brought down by his own bodyguard John Sig.

By the time anyone realized what had happened, the surviving members of Project Pharos and their consultants had looted the organization of money, artifacts and documentation. In spite of that a clear enough picture emerged of how deeply Victor Kovach had abused the authority the Federal Government had given him. The next few years were an avalanche of investigations, audits and oversight reports. Gawain still perused those tentative, confused postmortems sometimes, trying to imagine what things had been in that simpler, yet more brutal time. Gawain had been twelve years old when his father had died; reading those reports still brought all the old feelings crashing back. Twelve years old was old enough to be angered by the realization he would never see his father again yet still young enough to wonder why they had insisted on a closed casket and immediate cremation.

No more dithering. I have to finish this before it’s too late.

Gawain shoved the door open and charged onto the topmost floor. Training had taught him to take in all the elements of the area at once; the collapsed walls, the dangling wires, the strangely misshapen altar and Pamela trussed up on the far side of the room.

There was another figure bound beside her, Gawain barely registered his presence. Pamela’s hands and feet had been bound together with old electrical wire. Her voice was terrified and exhausted but her warning shout rung in his mind like a klaxon, “Behind you!”

Gawain spun to see a nightmare sculpted in refuse and flesh slither down the wall. He fired the 9mm automatic pistol only to have the bullets pass through and pepper the wall.

A makeshift limb of wood and sinew caught Gawain by the shoulder and shoved him back towards the altar. Claws made from rusted nails raked his clothes. He had never seen a thing like this before, this abomination had been created with equal parts care and cruelty.

Tristam, what have you done?

It hissed and pushed Gawain flat onto his back over the altar, the manacles rattled. When the thing snarled, stubs of wood and plaster cut away at the rotting flesh of its lips. A limb held each of Gawain’s wrists tightly, a third wrapped around his throat.

The gun was snatched from his hand. Gawain grasped feebly after it.

“Have a care now Chimera.” The boy smiled mockingly, “I need this one alive, for the time being.”

Gawain glared at him, “Tristam…”

“You are so very similar to your father Gawain, both in countenance and circumstance- a bureaucrat with ideas above his station.”

Gawain asked, “What do you think you’re doing? You don’t understand what the Monarchs are capable of.”

“In truth it was your father and the rest that couldn’t comprehend. They only understood the Monarchs as our would-be usurpers. They never dared think that these creatures may be humanities’ salvation.”

That voice! I know that voice!

It wasn’t so much the sound of the voice as much as it was the arrogant cadence and the stilted language. It always reminded Gawain of someone desperately trying to prove he was smarter than he really was. In one of the surviving files from 1955 there was a fragment of an old reel to reel tape recording of the original team. It was only a few minutes of audio of a meeting that had broken down into bickering, but it was enough.

Chimera and the boy began to tie his arms and wrists.  “Soon Gawain Wight, I will make you a proposal, one very similar to a proposal I made to your father on a fateful night some thirty years ago. I have to wonder, will your final decision be just as unwise?”