Try one of my books! You might like it!
IN THIS TWILIGHT tales of lost gods and fragile transformations 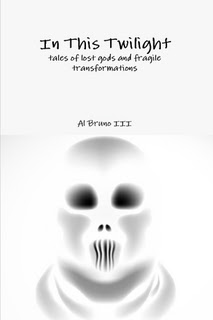 This collection of 13 stories transports you to a world where both dreams and monsters lurk in the shadows, where love and forgotten rituals fight for control of the human heart, and where the madness of eternity can be glimpsed in a single segmented eye. This anthology collects some of the best stories from Al Bruno III's website and includes the novellas 'Chad's Oracles', 'Fully Vested' and 'The Mask Collector', available for the first time anywhere. 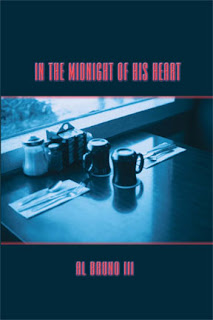 To all outward appearances John Sig is just an old man living a quietly in an empty old house. His one pleasure is when he heads down to the local diner and visits with his favorite waitress Angie. When Angie disappears, John sets out to find her. For an ordinary old man that might seem like a foolish idea but John Sig isn't human, he's a monster living in the shadow of a nightmare thirty -five years old.

(Recommended Review) LOVECRAFT IS MISSING continues to make you need a Sanity Roll! 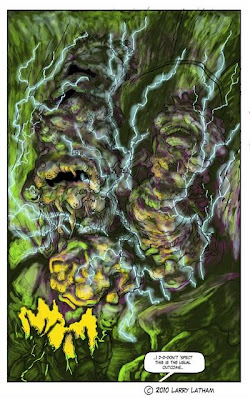 If you haven't checked out this webcomic you really should. The thief entered a branch in Setauket at 11:30 a.m. and demanded money from a teller. But instead of using a light saber, "Darth" threatened the teller with a semiautomatic gun.

The teller gave the robber some cash from the drawer.

The Darth Vader thief, described as between 6 feet and 6 feet 2 inches tall, took off heading east through the bank's parking lot... 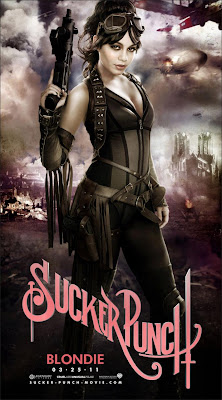 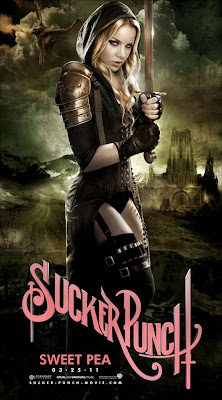 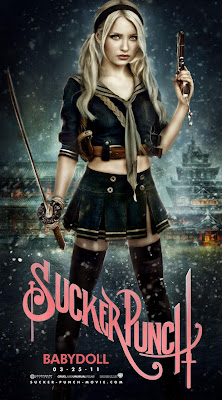 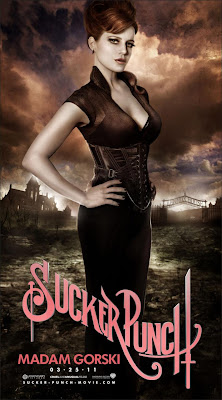 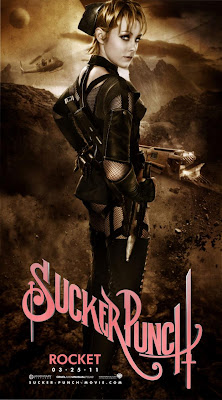 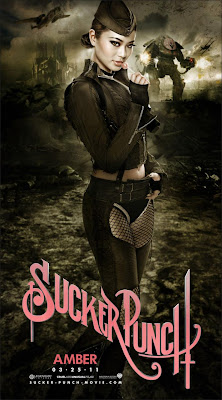 Email ThisBlogThis!Share to TwitterShare to FacebookShare to Pinterest
Labels: interesting

My SUPA LIFE adds another Twist...

Even The Local Heroes know better than to mess with Mr. Twist!

click here to become a regular reader of MY SUPA LIFE 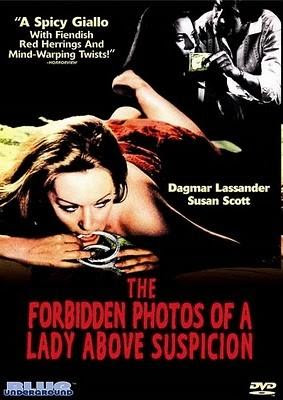 A courier arrived recently at the Ducal estates (known locally as "That creepy-ass huge McMansion on the hill, you know, the one with the constant parade of freaks coming and going, oh and the weird, mute doorman with no ears, not to mention the super fat, sexually virile rich dude that lives there" by the local teens). I knew this to be a special delivery by the outward look of the courier alone: riding a creaky, ancient pennyfarthing bicycle, he was dressed in an elaborate peacock cloak and hunched his shoulders like a dog trying to pass a peach seed. His pock-marked face belied a sort of hideous retardation that at once frightened me and aroused my curiosity. Surely only the most powerful of men could control a freak such as this...

Tabitha grabbed the slimy worm, didn't flinch at all as she pierced its body with the hook. She looked at her daddy, basked in his approval...

The STAR WARS cosplayer liked to have sex 'Corellian Style' but that was because he was always going Solo.

5 Second Fiction One Thousand Four Hundred and Sixty One

She left taking with clothes, her make-up and all his shoes. He awoke to find her gone and his toenails bright red.

The Legion Of Protectors had battled aliens, vampires and supervillains galore but they thought twice about pissing off 4Chan.

"Wizard birthday parties always suck," Audra said, "I mean what to you get for the man who can spontaneously generate anything?"

Karl liked to brag that he made ladies' panties wet for a living. He didn't mention he worked in a laundromat.

The Nick Of Time (and other abrasions): Bachelorette 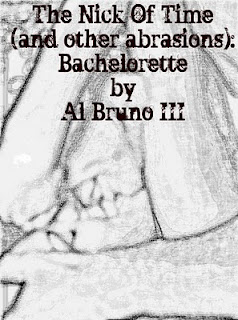 Bachelorette
by
Al Bruno III
The masked Hierophant slipped through the doorway of the stone chamber with the silence and familiarity.

Jason cradled a lifeless woman in his arms, the injuries that had taken her life had left her unrecognizable. “Leave me,” he wept, “I don't need to see you gloating. I won't stand for it.”

“Kneel then,” the Hierophant lowered itself to the ground, its tattered yellow cloak pooling around it. The mask it wore was bestial and skull-like.
*
The chapel on the corner of Scheinbewegung Lane had been abandoned for almost a decade, parishioners having turned their faith and finances to other, more trendy deities. Magwier made his home here, living in secret as his adversaries searched for him in the more secluded and seditious corners of the City of Olathoe.
The door flew open as Magwier and Lorelei fled the sleet and snowfall. They giggled like naughty children. “What did I tell you?” he said, “evil masterminds always have the best buffets.”
*
“You should have contented yourself with memories of what might have been, but you had to have more, you had to sacrifice the possible for the definite, the dream for the reality. Hope is a dangerous thing for creatures like us,” the Hierophant reached to touch the dead girl.
Jason pulled the body away and whimpered when the head lolled bonelessly from side to side.

*
They dried themselves with towels bearing monograms from the Cities’ best hotels. Lorelei was grinning at him, her hair hung in loose strands around her face, she had dyed it fuchsia only yesterday.
“Not too bad for a first date,” he said.
She corrected him, “This was not a date.”
Magwier made a sound of mock frustration, “Talk about playing hard to get.”
“Like I’m going to let a man that can see the future get the upper hand,” she turned and headed into the main room, there were books and notepads piled everywhere, a stereo and records were in the corner, a blanket-covered mattress in the middle of the floor was the only thing to sit on.
“I don’t see the future,” Magwier said, “it isn’t that simple.”
*

The chamber shook with sound of artillery, things crashed and toppled; the ceiling groaned ominously. “Just look at yourself,” the Hierophant said, “you had such plans. You had such determination. You were going to change the future.”

“She was part of that future,” Jason spoke through gritted teeth.

“She lost any hope of a future because of you,” the Hierophant scolded, “you were warned and warned again.”

“I was so sure I could make it right. I was so sure...” he finally looked up, his eyes pleading “Can you fix it? Can you make it better?”

Magwier sat cross-legged on his mattress and watched Lorelei make her way through his record collection; she paused occasionally to make a sound of surprise or derision. Finally she chose the album Homogenic and set it on the turntable; the strange and beautiful voice of Bjork began to fill the room.
For a while she stood right in front of the record player, watching the vinyl disk spin and swaying in place to the music. She knew his eyes were crawling over her but that was part of the fun wasn’t it?
Two songs later she sat down beside him.
When he tried to kiss her she shied away.
“What’s wrong?” he asked.
“You think I’m going to let you kiss me?” Lorelei snorted.
“Well,” he was starting blush, “I did save your life.”
“After you almost got me killed,” she said, “and besides I saved your life first. Remember?”
*
They left the body behind and walked like ghosts through the burning streets. Before they left Jason had insisted on laying the corpse out reverently, he had tucked his jacket beneath her head as though she was only sleeping.

“What do you mean?” Jason asked.

Something that was not quite like aircraft buzzed overhead, it swooped down and pulled a refugee into the sky. The Hierophant waited for the screams to pass then said, “I will allow you to escape death and cheat time, but only your death, only your time. If you are clever that will be enough.”

“The cost is that each time you partake of my gifts I will be drawn ever closer until finally you birth me into this world like Zeus birthed Athena,” the Hierophant stretched out its arms to encompass the hellish landscape, “and then I will birth this.”

When she was ready Lorelei kissed Magwier, showing him that the choice was hers, and then she let things take their course.
He undressed her with all the fumbling finesse of a schoolboy. He gently ran his fingers along the curled scar on her belly- a memento from a knife fight in a petting zoo.
When they were both naked, with her candy-stripe stockings lying across his hastily shucked bluejeans, he raised himself above her and stared down at her uncertainly. He looked almost guilty.
She goaded him on with a well placed scratch to the back.
Lorelei hadn’t been with anyone since summer camp almost two years ago and that boy had been the sweetest of mistakes. She doubted he even remembered her.
Of course for all she knew taking up with Jason Magwier might be an equally bad decision but he was sweet, strange and slightly dangerous. Maybe she didn’t love him, maybe she never would, but she liked him a lot.
So what if things didn’t work out? It wasn’t like it would be the end of the world.
at July 22, 2010 8 comments:

Email ThisBlogThis!Share to TwitterShare to FacebookShare to Pinterest
Labels: fridayflash, The Nick Of Time (and other abrasions)

"Hey, Mom, who's this," Holly yelled, waving an oval picture frame at me from across the attic.

Could it be, I thought squinting through the flurries of dust motes Holly's waving had created. Alma, my God, I hadn't let myself think about Alma in years. I could feel a pulse throbbing above my right eye as I snatched the picture from my daughter for a better look. The sweet little girl in the picture had large blue eyes and masses of curly blonde hair tied back with an aqua ribbon...

Miss Palmer gritted her teeth, ignoring the students' whispers while she finished writing on the blackboard. Come on Morty blended with that's gross and Morty, stop it, but the one that Ginny Palmer refused to ignore was teacher's a bitch. She scraped her nails against the surface...