found via WELCOME TO TWIN PEAKS 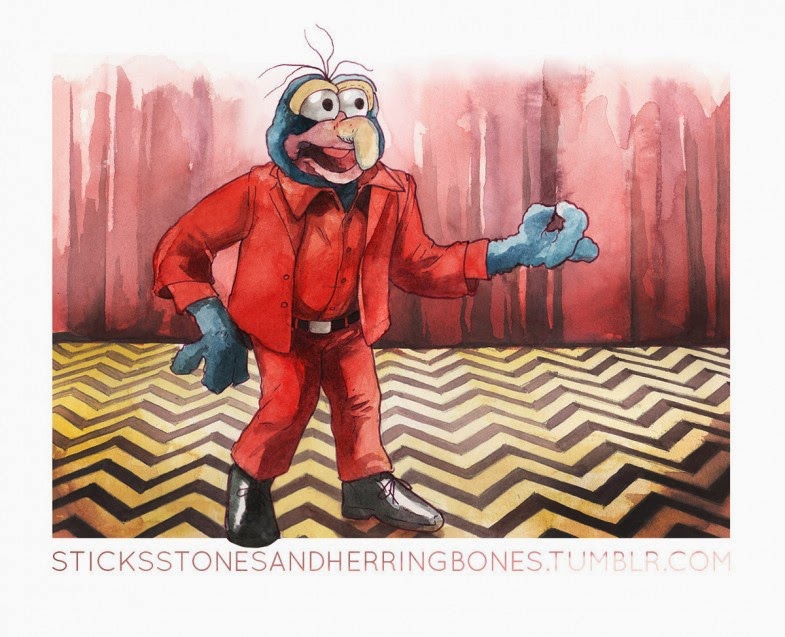 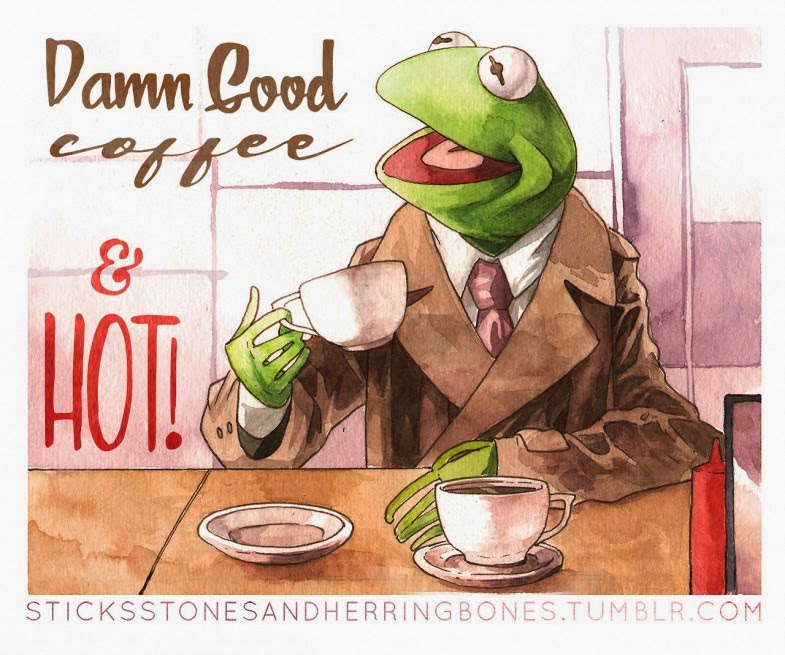 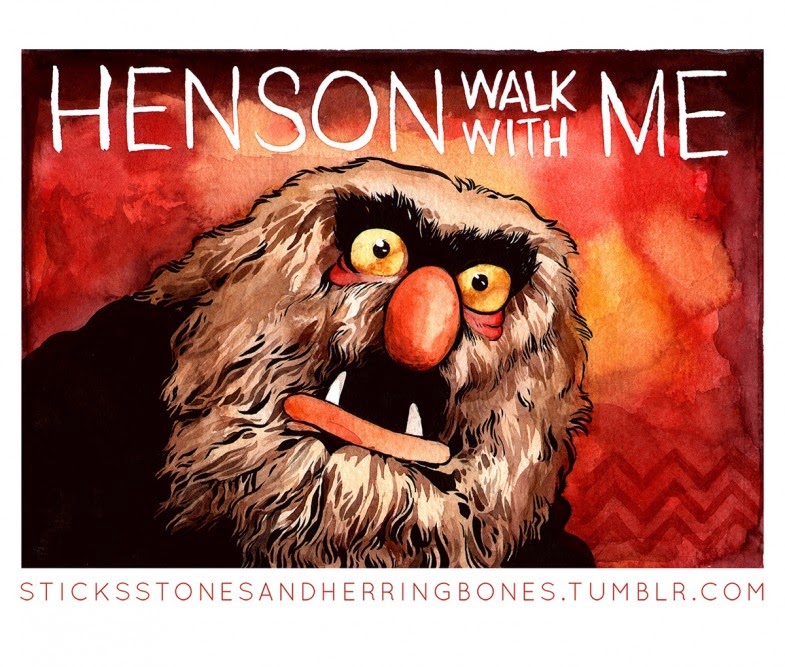 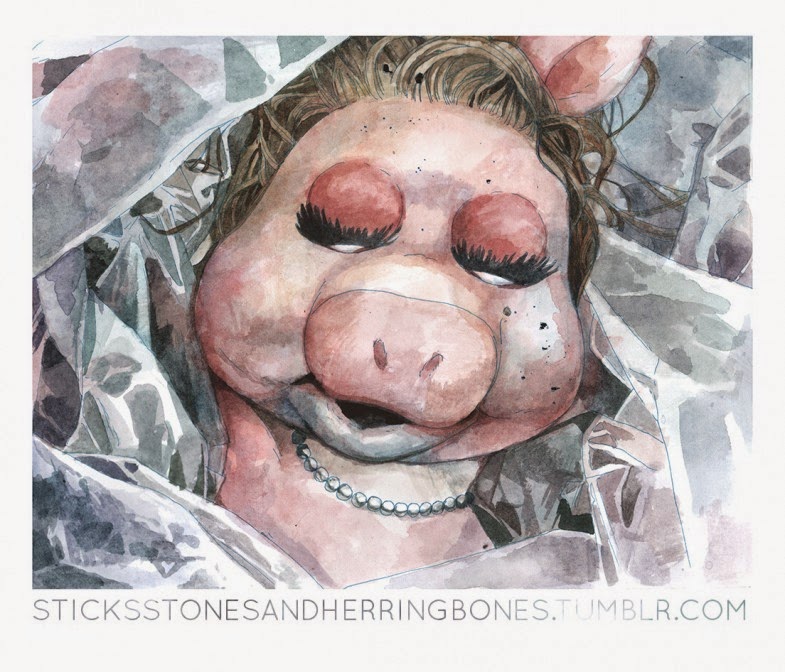 And now the gunfire version of ‘Cups (When I’m Gone)’ 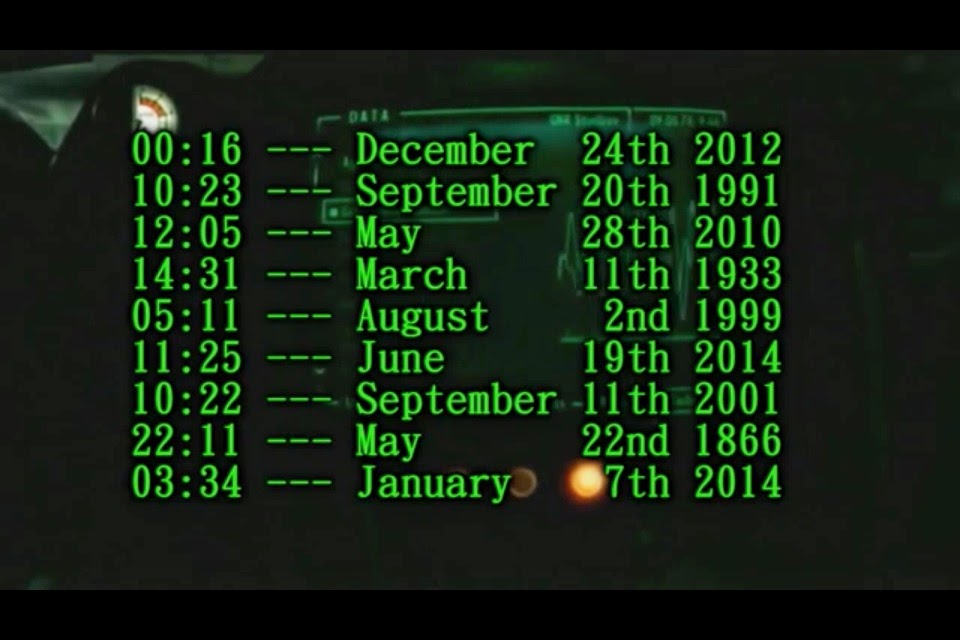 How about some AVENGERS: AGE OF ULTRON images?

From DEN OF GEEK 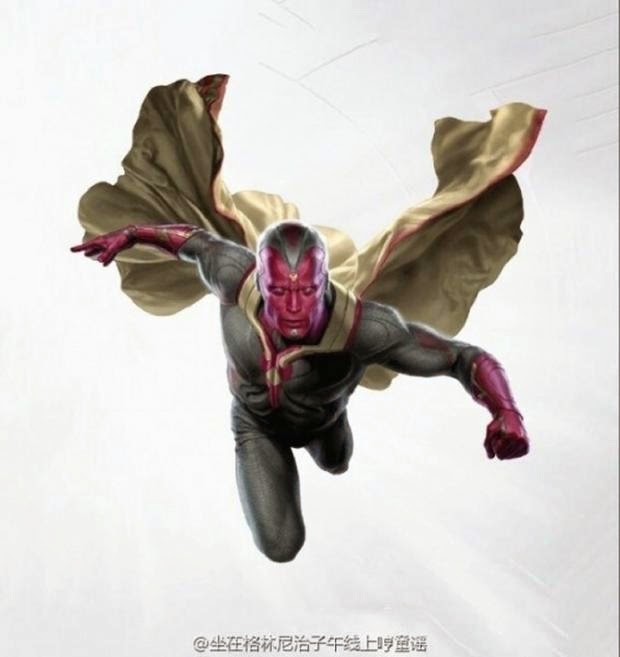 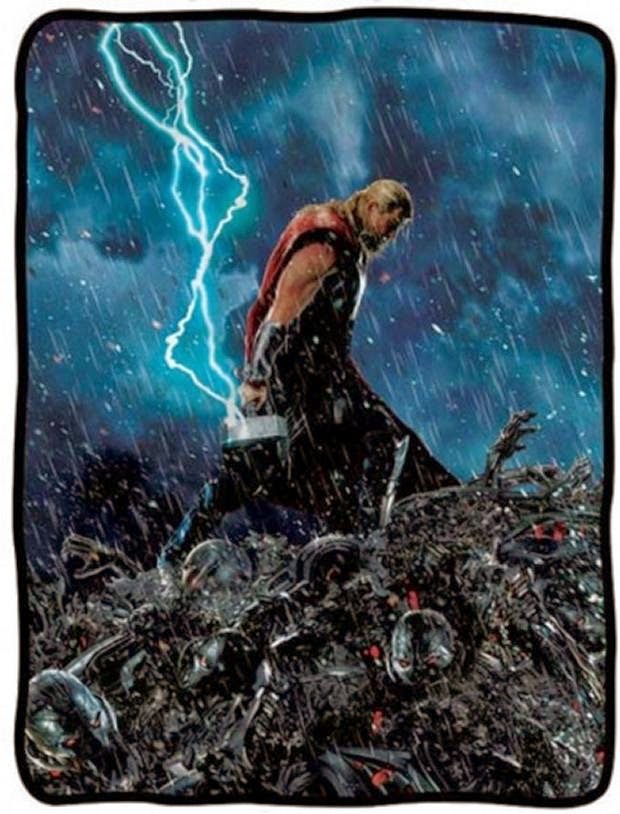 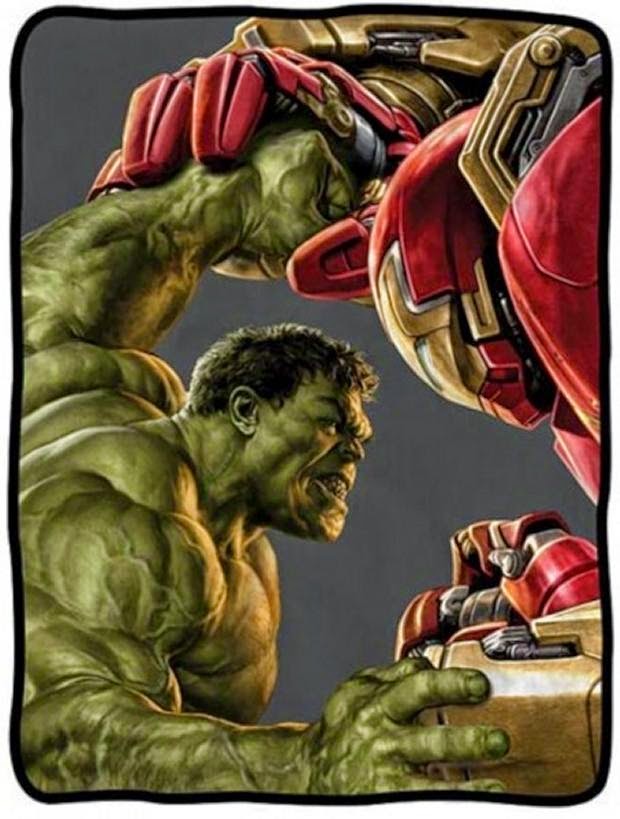 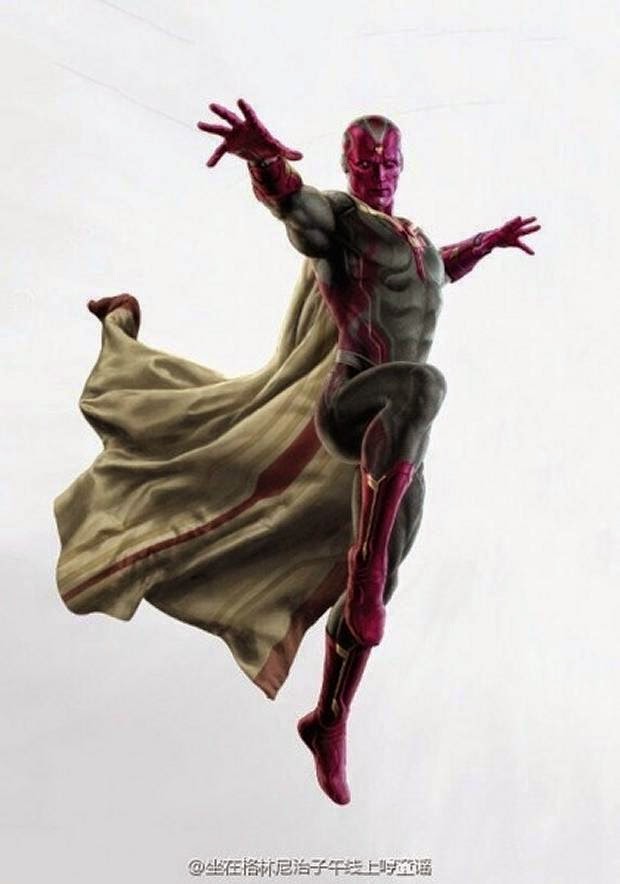 That Ryan Higa is a real cut up!

Email ThisBlogThis!Share to TwitterShare to FacebookShare to Pinterest
Labels: lovable links, something cool

Look out BRANDON'S CULT MOVIE REVIEWS is having flashbacks!

Email ThisBlogThis!Share to TwitterShare to FacebookShare to Pinterest
Labels: Brandon is a far better riffer than I will ever be, lovable links

The trailer for 90210 SHARK ATTACK might count as biting commentary but then again I am pretty long in the tooth... 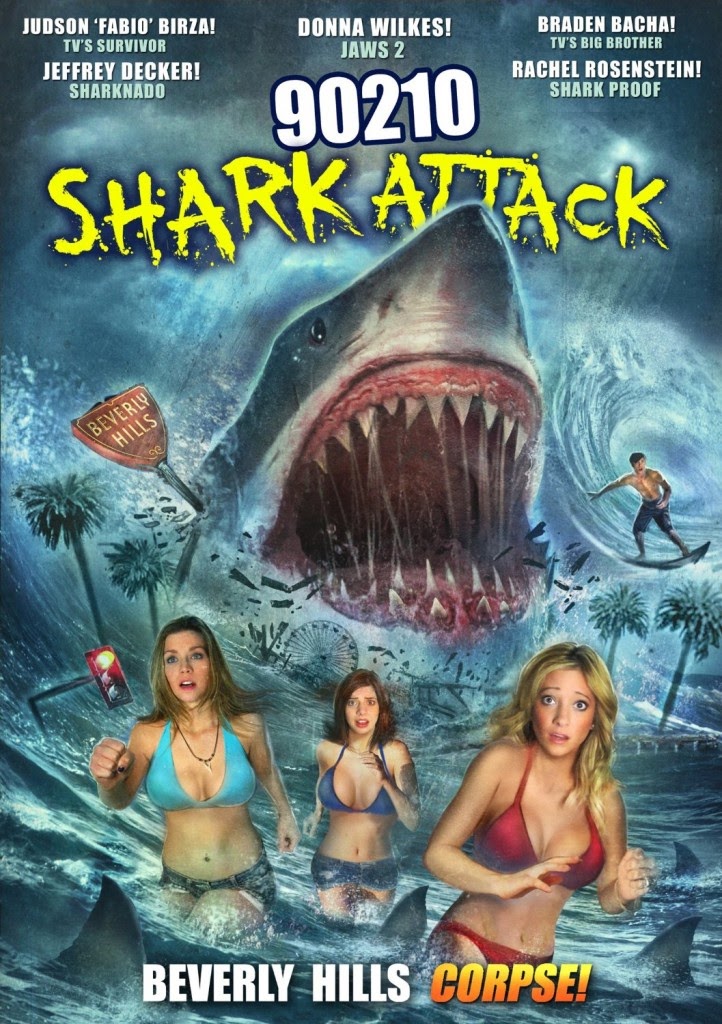 What better place for a party than a cursed sanitarium? And now the trailer for EXETER... 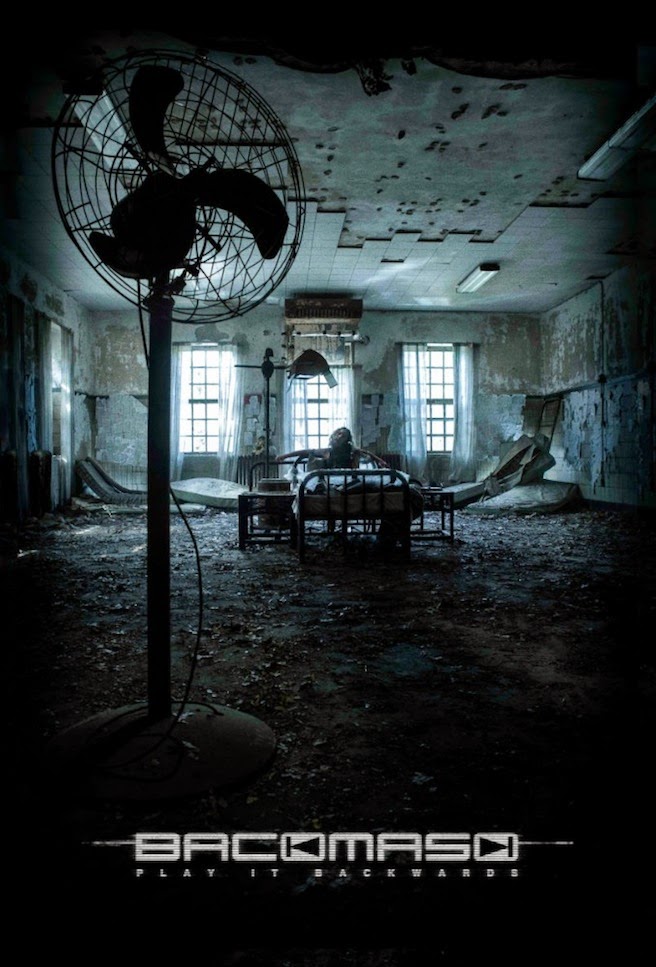 This latest video may be too grizzly for some viewers!

Email ThisBlogThis!Share to TwitterShare to FacebookShare to Pinterest
Labels: lovable links, something cute, stuffing or potatoes

MAC SABBATH? Is today the day for puns from Hell... 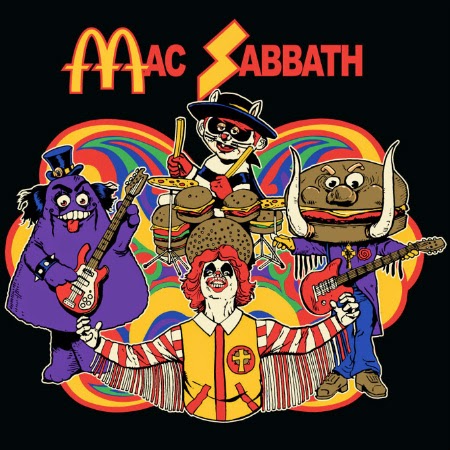 And now RADIERS OF THE LOST ARK starring puppies and kittens just because damnit! 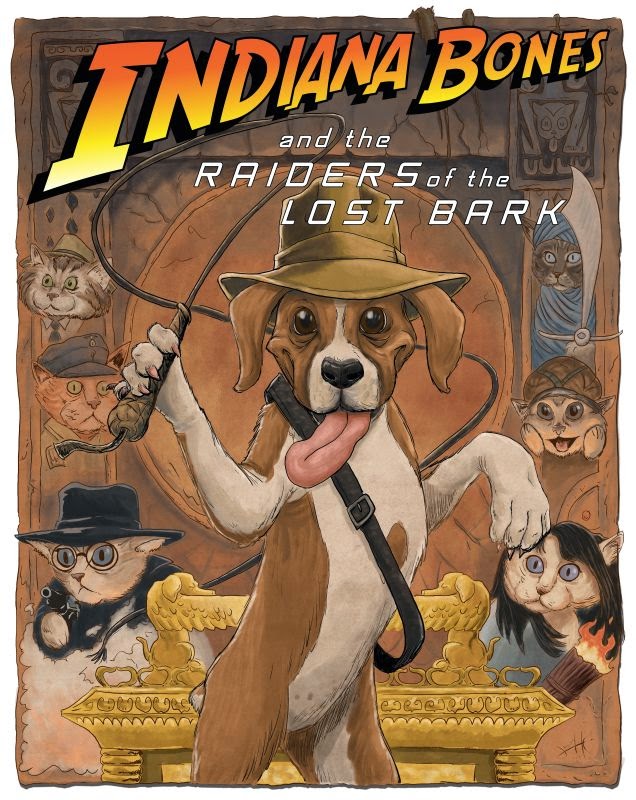 Ultra Downy Jr is Tony Starch in IRON CAN! (Does @RobertDowneyJr know about this?)

The trailer for EVERLY is Salma Hayek vs everybody! 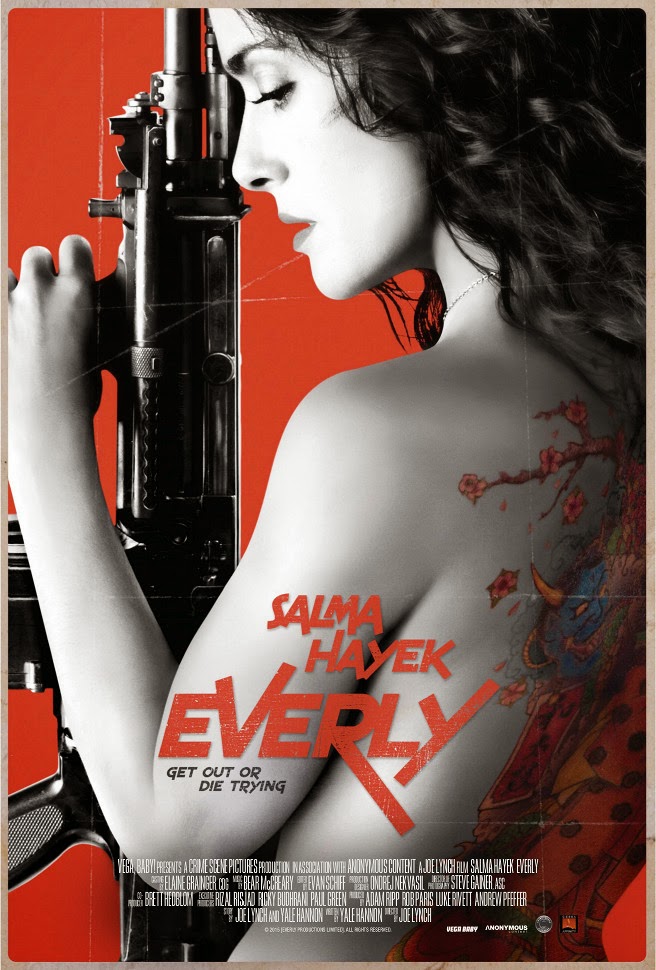 Email ThisBlogThis!Share to TwitterShare to FacebookShare to Pinterest
Labels: something funny, superheroes

Email ThisBlogThis!Share to TwitterShare to FacebookShare to Pinterest
Labels: EVERYBODY DANCE NOW, supercuts

The Cold Inside (a serial novel) Chapter Forty-Six part one

“So it is you, the Hanged Man”

“You look so much like your father. He would be so proud.”

While her two fellow prisoners talked Pam tried to wriggle her fingers and her toes but the electrical cord was sadistically tight. Her arms, like the others, were tied behind her back, she couldn’t see her fingers but knew they were pale and bloodless. She glanced over to the boy, stooped over the strange altar, the thing he called Chimera at his side. Was he praying?

“I think I saw one of your cronies down below.” Gawain said, “African American, ex-military I think.”

Pam looked to the other prisoner, he looked like a dead ringer for one of the staff at her school but it was crazy to even think that. Her ex-stepfather kept calling him ‘The Hanged Man’. When he spoke his voice was blithe, a complete contrast to the look in his eyes, “I don’t suppose you’ve got a force of Lambs poised to rescue us?”

Gawain shook his head, “No. What about you? Your files say you like to keep a rag-tag band of troublemakers at your beck and call.”

“I think that might be you guys this time.”

When Pam spoke her throat still ached from her earlier scream of warning, “We’re going to die aren’t we?”

‘The Hanged Man’ grinned at her, “Death really is the least of our worries at this point my dear.”

Gawain hissed at him, “You’re scaring her. It’s going to be all right Pam, I’ll get us out of this.”

The Hanged Man chuckled, “Victor was right, you really are terrible at this hero stuff.”

“Victor? Who is Victor?” Pam shook her head, “Who are you? What is going on here?”

“Well Pamela, my name is Jason Magwier.” He tried to offer her a hand to shake, then grinned sheepishly, “And your former stepfather Gawain Wight is actually a government operative.”

Pam glanced at Gawain, “Didn’t you used to be the school janitor?”

“This is insane.” Pam started struggling against her bonds again.

Magwier scooted closer to her, “Your brother no longer occupies his body, he has been supplanted by a man named Victor Kovach.”

“Possessed for lack of a better word.” Gawain said, “Victor Kovach was a very powerful man, I know it may sound crazy to you but he had magical powers.”

Pam glanced over at Chimera, “I believe you.”

“As your former stepfather said, Victor was a powerful man. Politicians and mystagogues fawned over him.” Magwier said, “Even I liked him. He actually saved the world once or twice. He got greedy though, another closet megalomaniac.”

Gawain lowered his voice, “There are these... things from Outside. They’re called the Monarchs.”

Magwier smiled ruefully, “They are as alien as you can get. They’re too big, too corrupt for this reality so they wait Outside, beyond the Maelstrom for their chance to claw their way through.”

Gawain said, “They’ve influenced things for a while now, making the world ready. They’re not here but they have agents and operatives everywhere. The human race is living in occupied territory and doesn’t even realize it.”

Magwier rolled his eyes, “He loves that metaphor.”

“The pair of you are simply confusing the poor girl.” The boy said, “Spiritual matters should be kept as uncomplicated as possible for the masses. Furthermore giving the condemned false hope is particularly cruel.”

Pam gasped and tried to back away. How had he managed to sneak up on them so suddenly? Ridiculous as it all was Pam believed them, there was something alien lurking behind her brother’s eyes.

“Just let her go.” Gawain said, “Magwier and I should be more than enough of a sacrifice for whatever you’re planning.”

The boy shook his head, “I believe you overestimate your significance. You my dear Gawain are nothing but the very illustration of wasted potential, but through the Monarchs you will be transformed.”

“I’ve seen the Monarchs’ idea of transformation.” Magwier sighed, “I don’t think much of it.”

“I don’t suppose it’s a nice fruit basket or a box of chocolate crèmes?”

“For this incantation to be successful- especially after so much time and turmoil has passed- the Red Offering must be as untarnished as it is potent. Tell me girl, have you ever found yourself glimpsing impossible sights from the periphery of your vision? Had dreams that somehow became portents? Have you ever known how a conversation would end before it even began?”

Gawain looked at the girl with disbelief, “Pam is this true?”

“You dismissed it, as all slaves are conditioned to reject the concept of freedom.”

Magwier scooted into the boy’s field of vision, “So when the Monarchs actually do manifest... are they going to get a chance to get a word in edgewise?”

Pam asked, “How can killing me make these things appear? It doesn’t make sense. It’s crazy.”

The boy turned back to the altar “Your death is merely a consequence of the ceremony. As I stated before something both uncontaminated and powerful must be sacrificed, this is colloquially known as a ‘Red Offering’. To make such a sacrifice here on the threshold of the Maelstrom itself will weaken the barriers just enough.”

Pam felt sick, “If my death doesn’t matter, then I’m not the Red Offering. I don’t understand…”

Magwier straightened, “Oh no. Of course…”

The boy bent back over the altar, “What could be more flawless and full of unrealized potential than an unborn child?”

Gawain looked at Pam, “What?”

“How far along are you girl? Two months? Three?” The boy began to roll up his shirtsleeves, “Now don’t tell me you didn’t know?”