The specialized moves in the sport of Extreme Nerd Cagefighting are 'the Windmill', 'the Kick and Run' and 'the Slappy Shatner'.

His wife just didn't understand him anymore, mostly because he refused to speak anything but Klingon.

"I died and went to Valhalla," Hrothgar explained, "but it was like a popularity contest with broadswords."

Abner Deggent believed that you should speak softly and carry a big stick. And a handgun. And some dynamite. And condoms.

Martha Frick sat on the edge of the yellow and orange flower-patterned chair Billy bought for five dollars at a yard sale and waited to accept condolences from the handful of mourners. The very chair where Billy was sitting when the stuffed and mounted moose head broke away from the wall and struck and killed him...

"You must take my word Grace, Matt is a fine young gentleman. He's kind and very bright. And he's a businessman, he's got his own fishmonger's"; she said talking to Grace and the rest of the customers, who nodded interestedly in return...

MADISON (WKOW) -- Police arrested a man from Racine after he slammed his SUV into Visions Night Club.

Officers say 50-year-old Keith Rasmussen was asked to leave the club after vomiting in the VIP area.  After that, witnesses told police Rasmussen got into his SUV, put it in reverse and slammed into the club's entrance.  Police say the entrance has significant damage...

...When police pulled up to Rasmussen's vehicle, an officer asked him how he was doing.  Rasmussen replied, "Not good," but he had "seen some nice strippers."

Rasmussen denied driving the SUV and claimed he arrived at the location thanks to help from "Martians." 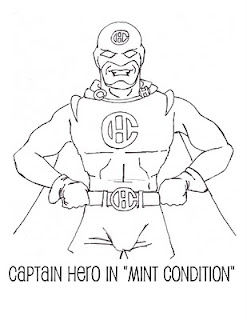 
Everyone said this was no city for heroes that it was a city of lost opportunities and broken promises. Clusters of tiny homes separated by wide gulfs of foreclosed properties and long abandoned factories. Few people lived here by choice anymore, most were stranded here by economic or personal misfortunes. The ones that did live here by choice were either criminals or citizens hellbent on bringing River City back to its former glory.
Bill Kane was one of the latter, he been born in River City and after making his fortune in the energy drink business he had returned there, determined to make a difference. There were butterflies in his stomach that first night as he scaled the wall of the old Palisades movie theater. Once he was there he stared across the Hellenbeck River to Megalopolis- the sprawling, gleaming skyline of towers and twinkling lights, a city of high finance and outrageous rents, a city where the Legion of Protectors watched over the citizens like a pantheon of 4-color gods.
Those caped and masked guardians had long ago abandoned River City to its fate, they had more important things to concern themselves with than shellfish-themed crime syndicates and disgraced mad scientists. No one expected anything to be done about it, no one cared.
His hands were shaking when he stripped out of his street clothes to reveal red and blue tights with a matching cape. Not everyone could pull off tights, but Bill had spent years honing his body to the peak of physical perfection. No molded plastic bodysuits for him! He hoped the stylized logo on his chest with the its letter H inside of the letter C would soon become instantly recognizable.
There were some who went so far as to say that this was no world for heroes, not when there was a security camera on every street corner and in every store, not when the worst crimes were committed with accounting tricks instead of flying robots, not when fanatics and politicians murdered women and children in the name of democracy and a loving God.
The red cowl fitted neatly over the top of his head, the eyepieces had infrared capacity, there was an earpiece that allowed him to monitor police bandwidths and not only did it conceal his true identity but it covered up his premature balding. He ran his hands across his bulky utility belt making sure he remembered where everything was; there would be nothing more disastrous than grabbing shark repellent when you needed smoke bombs.
Law enforcement bureaucrats, ambitious politicians and newspaper editors frequently called the very nature of costumed men and women into question; ever since the 60's they had decried the rise of what they called masked vigilantes and hooded menaces. It seemed like once a generation there would be an attempted purge followed by some kind of crisis or another that would restore the status quo. It didn't matter the result was always the same-the most super-powered became more entrenched with the government and while the lesser known or more edgy daredevils and low-powered adventurers suffered the brunt of the public's suspicion and anger.
His street clothes were secured in an air duct. This would have to do until he got his headquarters completed. If he ever got his headquarters completed. What kind of contractor did you go to if you wanted to build a secret base? Bill stepped out onto the ledge of the Palisades movie theater's roof and stared out at the city. He told himself these were concerns for another time, he had to survive his debut first. Statistically speaking most costumed avengers died or suffered a critical injury on their first night.
Of course if his career prospered, death and dismemberment would be the least of his worries. The Hogan Principle stated that every masked avenger that appeared would lead to the creation of at least three super-villains, those arch nemeses that dwelt in the strange twilight between holding a grudge and stalking. There were also lawsuits for false arrests, property damage and the occasional hostage afflicted with emotional trauma to think about. Most of the major super-teams kept a cadre of lawyers on retainer, which usually led to them having to embrace merchandising and public appearances. That might be all well and good but how could you be expected to strike fear into the hearts of evil doers if they've already seen you cutting the ribbon at a mall opening? The only other option was robbing the villains you fought but that was even more of a slippery slope. These were the kind of things that led many to say that this was no age for heroes.
The earpiece hissed to life telling Bill about a robbery in progress just a few blocks away. He grabbed his grapple line from his utility belt-the third pouch to the right from belt buckle- and spun it over his head. The hook caught in a nearby flagpole and he paused for a moment.
The sound of sirens filled the air. He leapt from the roof taking a wide swing through the air and landing on a ledge on the opposite side of the street with practiced ease. In that wonderful and terrifying moment Bill Kane ceased to exist and Captain Hero made his way into the night and through what would soon be his city.

When I saw the little girl my blood went cold and I instantly remembered that day from almost 30 years ago...

Bern was a meticulous planner often sketching out every contiguous detail. His current scheme, however, was born spontaneously in order to take full advantage of Natasha's proclamation that they were leaving for San Diego in the morning...

5 Second Fiction One Thousand Four Hundred and Fifty One

Of all the super heroes in the world the powers of Dismembro were considered the most disgusting.

Many suggested it about time that Mighty Woman updated her armored costume but she was very attached to it welded into it actually.

Judy would have been better at witchcraft but she was a terrible cook.

He quit his job by setting his pants on fire, he was always one for burning his britches.

He was very excited at the prospect of wife-swapping but then he found out he had to take his old wife back when it was over.

Lorelei was ready to face her evil twin from an alternate universe, she was not ready for the woman's ceaseless accordion playing.
at July 08, 2010 No comments:

The Maven deduced Limerick Master's true identity! He really was a young man from Nantucket! But the rest was all lies.

Abner Deggent tried to smuggle the stolen idol off the island by hiding it in his ass but the damn mule kicked the crap out of him.

Professor Lindquist spent a year running tests on sleeping fish only to discover that a dream is a wish your carp makes.

I just wanted to say thank you...

I was going over my analytics and realized that in the span of one year this blog has gone from an average of 30 visits per month to an average of 500. That's a lot of visitors and they can't all be from that Dave guy that stalks me...
I also have 117 subscribers and 60 followers which is just awesome.
Ten years ago I thought that my characters and stories were going to die with me but knowing that you folks out there have been reading and enjoying them means the world to me.
Think of it, each of you carries a little sliver of my dreams around inside your head now- kind of like a trichinosis infection but with bad grammar...
Anyway. I just wanted to thank you all. You make this crazy writing thing a lot less lonely.
at July 08, 2010 3 comments:

Email ThisBlogThis!Share to TwitterShare to FacebookShare to Pinterest
Labels: thank you, using by blog to talk about my blog

5 Second Fiction One Thousand Four Hundred and Forty One

They are out of bread in the Wastelands but there is still plenty of ale; I will show you beer and a handful of crust.

A quick note for some of the folks that commented on PANTIES HALF OFF part 5...

For some reason the blogger appears to have eaten some of the comments when I tried to publish them. If you are one of the folks did not see your comments appear please know that regardless of whatever errors the system threw at me I appreciated what you had to say.
at July 06, 2010 1 comment:

Azathoth the lord of chaos pulsed to the sound of idiot piping, yet it found the sound of the vuvuzela pretty fucking annoying.

After twenty-five years of marriage the only thing that upset her more than her husband was the thought of living without him.

Abner Deggent grinned as the native girls undressed him, he had misheard when they said they were there to baste him.

To Lorelei the best part of magic was learning the secrets of the cosmos and using that knowledge to beat the crap out of someone.

Supervillian Chef Julia Infant hated it when her pastry-based minions were called Doughnut Men she preferred People of Cruller.