My favorite blogposts. Just in time for the weekend!

We begin with Darcknyt's blog had a discussion of the common tropes of on-screen villainy. The irony is of course that I am sure he submitted this post while sitting in a high backed chair deep in the bowels of his mountain fortress.

Evil On Two Legs tried to help all the videogamers out there embrace their inner bikini-clad katana-wielding zombie-slayers.

Mad Mad Mad Mad Movies gave us a hilarious review of 1966's She Beast that will intrigue you with tales of witchcraft and classic era Barbara Steele sideboob.

Paracinema had a nice write up for Martyrs that made me even more determined to see it.

Talk about kicking it old school!The Haunted Closet looked back to he horror themed Choose Your Own Adventure style books. Yes kids, this is what we did for fun before X-Boxes and the Internet.

Thanks to And Now The Screaming Starts I found about about a upcoming comedy called Mystery Team. It looks terrific.

The farewells continue for The Ten Doctors. Great stuff.

The always reliable Vault Of Horror posted a retro-review of Todd Browning's Freaks. My Dad somehow saw the film when he was a kid decades later he is still unwilling to watch it again.

That's it for this week. 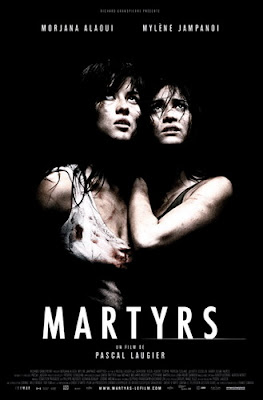 I honestly don’t know where to begin except by saying France, I surrender.

Martyrs in many ways reminds me of films like 1934’s The Black Cat, 1979’s Thirst and 1999’s Los sin nombre (The Nameless). They are all stories of cold blooded cruelty justified by a belief system. I wonder if perhaps movies like this are born out of a reaction of the cruelties of their era. For example I feel that much of The Black Cat’s subtext is about the people left shattered in the aftermath of the first world war.

Is this new wave of film a reaction to this era of rendition, terrorism and toxic nationalism?

I don’t know maybe if I had stayed in college I could have made more out of that idea...

What is Martyrs. The story begins with a girl named Lucie escaping from a disused slaughterhouse, she looks beaten cut and starved half to death. Sent to an orphanage she befriends a girl named Anna and shares with her the secret that a monster is stalking her and cutting her. Then the plot shifts ahead 15 years but I’m not saying anything else because I don’t want to spoil anything but let me tell you this film is a wild ride the plot seeming to twist in some new way every 15 minutes or so.

Yes there is gore and brutality but while it isn’t as gooey and squishy as what I found in the movie Inside it was still pretty damn hard to watch. But I will say that none of that every drop of blood spilled in the film was done tastefully and with an eye towards getting us to the ending.

And the ending is a whopper let me tell you.

I was really happy with this film but as I said before it may not be for the weak of heart or stomach.

Looks like I fixed whatever the heck was going wrong with the page.

All my little links and maps and geegaws are back where they belong.

I apparently had to reload the blog template.

I don't know why but for some reason my little "Click Here to Continue" things were wreaking havoc with the way the main page was loading. This just came out of the blue and I honestly do not remember changing anything that could have caused such a thing.

Looks like I have a little more CSS reading to do.

Let me know if you hate the new/old layout. 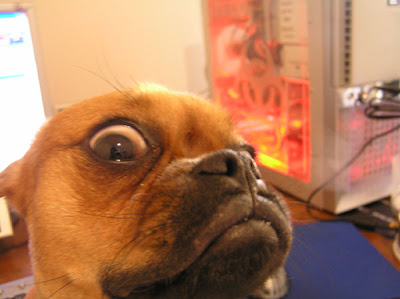 Email ThisBlogThis!Share to TwitterShare to FacebookShare to Pinterest
Labels: Al Bruno III has no idea what he's doing

But for some reason the old blog page is not loading completely.

Is anyone else seeing this?

The Clustrmaps issue I spoke about earlier fixed itself so I'll just wait and see.


Well I'm off to watch MARTYRS. 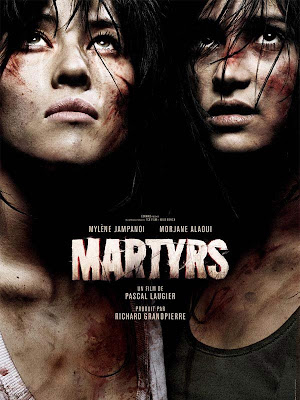 Will it have me squirming in my seat like INSIDE?

The worst puppet show EVER

FEDERAL WAY, Wash., May 21 (UPI) -- Police in Washington state said a suspect used his genitals as a puppet while standing over an air conditioner intake at an apartment complex...
at May 22, 2009 No comments:


My quest to have at least one visitor to my blog from each of the 50 states is almost complete. Our only remaining holdout is North Dakota. So I want to welcome whoever the heck it was from Montana and I hope you enjoyed what you found here.

Hi kids! Is anyone else seeing an issue with Clustrmaps?

I am chugging along here on the serial novel and some other things when I noticed my map was gone. I checked my main website http://albruno3.com and found the same thing.

Then I tried www.clustrmaps.com and got another big steaming pile of nothing.

If you're from my generation seeing this will make you feel so old...

if you are from the iPod generation you will just shake your head in confusion.

20 years later and I still can't edit my way out of a paper bag.

As you can see from the comments I lost a word somehow when I posted chapter 13. Hope it didn't ruin it for anyone.

I just don't get how I miss this stuff, I'm just glad I've got people like Mr. Wells, Mr. Book and Darcknyt to call me on it.


(especially Mr. Book and Darcknyt. They're like editing machines I tells ya!)

Actually Wednesday kind of snuck up on me this week...

But here is the latest chapter of IN THE SHADOW OF HIS NEMESIS.


Hopefully I caught all the typos this time.

Actually I got a lot done this week, I also got my regular web page revised.

The only thing still giving me issues is chapter 43 but we'll get there. Maybe today even.

Then again maybe not.

Just wanted to let you know that this blog's companion site http://albruno3.com has just been revised. It should be a little easier on the eyes now.