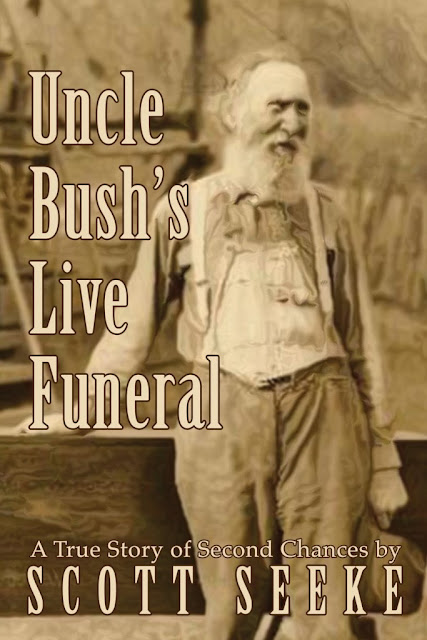 On the publicity tour for the 2010 film Get Low, the first question from the audience was always "What's the true story that inspired this film?" After more than a decade of research, Get Low writer Scott Seeke answers that question with Uncle Bush's Live Funeral. This book tells the incredible true story of Felix "Bush" Breazeale, a feared hermit who attracted ten thousand strangers to the funeral he held while still alive in 1938. Seeke had begun researching Get Low as an outsider, a New Yorker married into a skeptical East Tennessee family. By the time Get Low arrived in theaters ten years later, he had earned their trust. They opened doors that allowed him to finally learn why Bush had his funeral while he was still alive, and why so many people came. He found the moving story of a man trapped by his culture and past, desperate to rewrite his life's story before it was too late. Uncle Bush's Live Funeral shows that any outcast can find acceptance, and any label can be overcome, all masterfully told by Get Low writer Scott Seeke.

Order it from Amazon.com!