Recommended Double Feature: THE BLACK CAT (1934) and ISLE OF THE DEAD

Two movies from the classic era of horror. Two featuring amazing performances from Boris Karloff. Two movies that I couldn’t stand when I was a kid because ‘there were no monsters’ but now that I’m older I understand that human beings are the worst monsters of all. Two movies that show the madness that is created during wartime. Two movies that I honestly think could be remade and used to examine the after effects of my nations two ongoing wars.


As per IMDB the plot for THE BLACK CAT (1934) “American honeymooners in Hungary are trapped in the home of a Satan- worshiping priest when the bride is taken there for medical help following a road accident.”


Thoughts: Some pure pre-code Grand-Guignol here. Its Bela Lugosi versus Boris Karloff and for me it is their definitive pairing. I loved seeing Lugosi play the good guy (I mean he’s nuts but he’s still a better protagonist than David Manners.) Karloff’s Poelzig is a fantastic madman, in fact he is pretty much a super villain isn’t he? He would fit right in at Batman’s Arkham Asylum. I also liked that both Poelzig and Werdegast were ruined by the events of the first World War. They might have been good men once but now they’re just as twisted as Frankenstein’s Monster or Dracula. The imagery is fantastic too, Ulmer turns Poelzig’s home into a art deco house of horrors, his camera moves through it in a way that reminds me of Kubric’s work on THE SHINING.

Oh and this speech from Karloff is one of the classics in old school horror in my opinion, “You say your soul was killed, that you have been dead all these years. And what of me? Did we not both die here in Marmorus 15 years ago? Are we any the less victims of the war than those whose bodies were torn asunder? Are we not both the living dead? And now you come to me, playing at being an avenging angel, childishly thirsting for my blood. We understand each other too well. We know too much of life.” 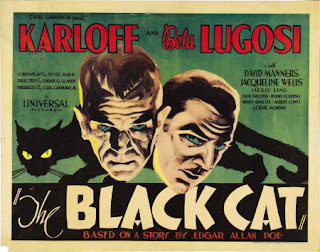 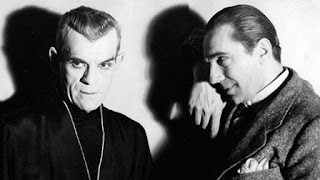 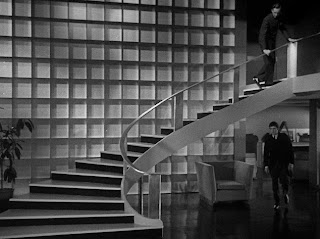 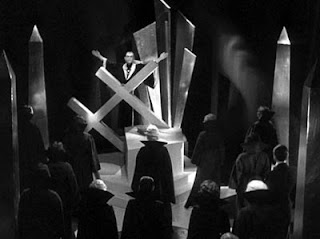 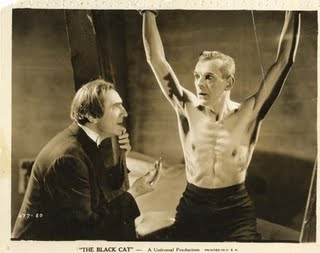 As per IMDB the plot for ISLE OF THE DEAD “On a Greek island during the 1912 war, several people are trapped by quarantine for the plague. If that isn't enough worry, one of the people, a superstitious old peasant woman, suspects one young girl of being a vampiric kind of demon called a vorvolaka.”

Thoughts: Another movie dealing with war, this one set in 1912 during the First Balkan War. Boris Karloff plays General Pherides, he and reporter are visiting the island where Pherides’ wife is buried but they soon find themselves quarantined there due to an outbreak of septicemic plague. Some of the people trapped on the island cling to hope and science but others believe that a vampire-like creature called a vorvolaka is picking them off one by one.

The interesting thing here is that Karloff’s character isn’t an over the top psychopath like Poelzig . General Pherides is a warrior, he’s cold and ruthless but he is trying to be the hero. Hell, much like THE MIST’s Mrs. Carmody he thinks he is the hero and tries to act accordingly. As the body count rises so does the paranoia and soon enough one of the survivors is accused of being a vorvolaka in disguise. On one hand General Pherides is trying to hold things together but fear begins to make him dangerous.

ISLE OF THE DEAD has all this and a premature burial to boot.

This movie is subtle, classy and a little bit ahead of its time. I didn’t appreciate it all when I saw it as a kid, now I prefer to watch it with the lights on. 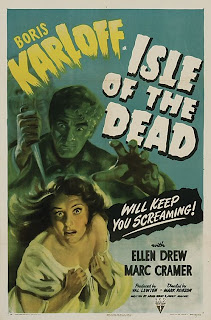 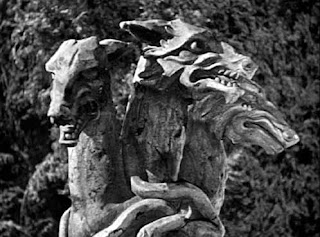 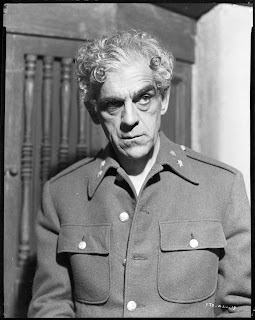 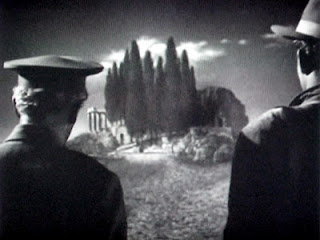 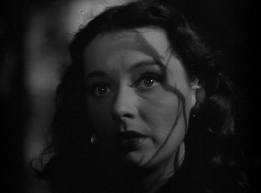