Another glimpse of the 12th Doctor...

From LIFE, DOCTOR WHO & COMBOM

'If I Can't Have You' by Yvonne Elliman is one of my favorite songs of all time.

THE ANIMATED ADVENTURES OF DOCTOR WHO?

GLOVE AND BOOTS gets presidential!

From GLOVE AND BOOTS 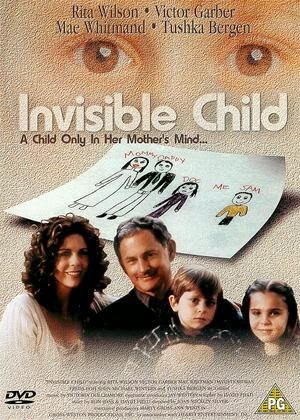 They made a found footage film about the Rapture? You're goddamn right they did? Check out THE REMAINING...

The Cold Inside (a serial novel) Chapter Forty-two part one

Blood. Pamela Bloom stirred in her sleep at the thought of the word. Blood. The word was everywhere, she couldn’t hide from it. She awoke sweating and alone in Ronnie’s bed.

“Ronnie?” She breathed to the dark room, “Are you there?”

There was no answer. Pam got up and slipped on Ronnie’s bathrobe. It was too thin and short, she wished for one like her mother’s, oversized and soft.

Mom. She felt sick all over again at the thought of her mother lying in the morgue somewhere with Gawain Wight overseeing her autopsy. Pam wished she’d stayed home, just taken a mental health day to watch daytime TV and snack. Maybe then she could have stopped her brother and then none of this would have happened.

She’d expected to find Ronnie in the living room, watching ESPN or MTV; her skin tingled in anticipation of curling against him. Maybe it was shock, maybe it was knowing her brother was still out there, but she couldn’t relax when she was by herself. It made Pam even more grateful that Kitty – Ronnie’s mother- had taken the day off from work to stay with her. She’d promised Pam a shopping trip, a chance to pick up a few necessities and a change of clothes or two. Pam had insisted she not impose any more than she had to but Kitty had insisted. “After all..” She had said, “…you’re family.”

The living room was dark and drafty; no lights, no TV and the front door wide open. The door shifted with the cold breeze, it might have slammed shut if not for the body sprawled in the way.

A moist, cackling filled the darkness. Pam wanted to retreat back into Ronnie’s room but she couldn’t.

She had to know if the Miller’s were all right.

A shadow bled down the far wall, resolving itself into a human outline. It moved with a sound that reminded Pamela of meat being torn from the bone.

It had tried to cover itself with a filthy cloak but there was no disguising the sharp irregular angles of its body, the fingertips that ended in jagged points and a face that was misshapen and eyeless. It did not walk, it drifted forward, arms spread wide to receive her. When it spoke its voice was a reedy parody of humanity, “The Red Offering.”

MR. CREEPYPASTA presents 'The Wanderer of the Dogscape (There was an Accident)'

The trailer for CRAWL OR DIE is a post-apocolyptic and claustrophobic!

From BLOG AND GUTS