I am reposting 'Trochildae' because the lady I dedicated it to is in the hospital right now...

STORIES IN THE KEY OF LOVECRAFT:
Trochildae
by
Al Bruno III

The air was humid and thick with pollen. The path that led through the field was uneven and uphill. The grass that bordered it was thickly flowered with blooms the color of blood. Trees surrounded them, hemlock spruces and white cedars. Occasionally a cicada-like hum would rise up from all around and then fade away.

Joseph hurried after the old man trying to make him sell his land but the old man just wouldn't listen.

“Creer family moved here in 1806,” the old man said. He was white haired but broad-shouldered and thickly built, “The Protestants in New York hadn’t taken too kindly to them ‘cause they kept to themselves and didn’t worship in the fine respectable churches everyone else did. They bought these acres, it wasn’t farmin’ land you see. Gully’s too deep and the ground’s no good for tillin’.”

“Mr. Fenner my company is more than willing to meet almost any price...” Joseph paused to brush a burr from his slacks, he was sure that by the time this was over his suit would be ruined. Not that he ever wore one of his really good suits when visiting these hick towns, but he still didn’t like the idea of getting grass stains or worse on what he was wearing. Something whizzed past his head, it looked like the biggest, pinkest bumblebee he had ever seen. Joseph had always hated the out of doors. Camping and long walks on the beach were not for him. He preferred the odors and sounds of the city, he’d take subway rats over bunnies and woodchucks any day.

They spied a post nearby, just a bolt of wood standing out in the middle of the tall grass. An old milk bottle hung from it. The old man made his way to it and filled it from the watering can he was carrying. The fluid that trickled into the bottle was thick and syrupy. “Now the Creer family was all daughters...” he continued, “well that ain’t really true but they had no luck with the male children. Those that weren’t stillborn or simple ran away from home soon as they could.”

When the old man came back to the path there were a dozen or so ticks on his overalls. Joseph felt his skin crawl, he started brushing at his clothes self-consciously. Was there one crawling up his leg now? Was there more than one?

And why was it the old man just wouldn't listen?

The tree line was growing closer, “Now the Fenner family married into the Creers. The Fenners had made their fortunes in Mexico but they came back up north right before the Alamo fell. Soon enough all the Creer daughters married the Fenner sons. Most of ‘em settled here, they built additions onto the house and made families of their own. Some families moved in to town to make their fortunes,” the old man turned and gave Joseph a ragged grin, “but I’m the last now. Last for miles, wife and kids all gone.”

“So why stay here?” They reached another post with another bottle, the old man filled it. Joseph turned to look back and grimaced at how far they had come. There was a weathered stone wheel lying near the path, there had been writing on it once but it had been reduced to mottled shapes. “All your neighbors have sold to us already. We want to break ground by the fall.”

“True.” The old man got back on the path and started walking again, “But ain’t there enough stores in the world already? Besides, if I sell and you plow all this under where will the Trochildae go?”

“Trochildae, least that’s what we Fenners call them. Ain’t got no proper names really but they’re like hummingbirds.”

Joseph groaned inwardly, he had thought the old man was a just a crazy old coot but it was worse than that, he was a tree hugger. “Mr. Fenner there is no record of any endangered species...”

“Well of course not,” the old man replied, “but they're here, been livin' here since before the Creers and the Fenners, since before any man lived at all. Some say the Old Ones brought them down from the stars.”

They followed the path into the woods, Joseph breathed a sigh of relief at the cool shade. He watched the old man fill another bottle. He began “Mr. Fenner I think we have gotten off the subject...” then his words trailed off.

They had reached a clearing in the woods, a rough circle where no plant grew and slabs of stone protruded from the ground. There were figures tied to the stones, men, women and children all bound and gagged with strips of leather. Their flesh was pockmarked and torn. To Joseph's widening eyes they looked like mummies.

But some of those mummies still writhing in place.

A sharp sting of pain made him cry out. Joseph snatched at his cheek and found his fingers warm with blood. There was something flitting around his head, moving fast and filling his ears with a heavy droning buzz.

The thing- the Trochildae- moved too quickly to be seen clearly but Joseph could see it was only bird-like in the vaguest sense of the word. The body was frail-looking and devoid of feathers, dark veins ran through its flesh and its wings moved so quickly that it was impossible to judge how many of them there were. Joseph screamed and swatted at it, backing away and in to the old man's waiting arms. The old man was strong, impossibly strong.

The forest had come alive with the sound of the Trochildae as Joseph was expertly bound to a stone. Dozens of the creatures flew this way and that in anticipation.

Over and over again Joseph begged for mercy, but the old man just wouldn't listen.

Why not jam some SCARFOLK COUNCIL into your ears?

In 1977 Scarfolk Clinic conducted sleep experiments on a local boy known only as 'Patient #249'. He suffered from severe nightmares and developed a rare condition known as 'manifest hypnagogia'.Symptoms include the physical manifestation of hallucinations that sufferers endure between sleep and waking states. For example, Patient #249 frequently awoke to find, sitting on the end of his bed, a syphilitic, deformed Victorian clown eating trifle and pig's liver pâté. At other times, a confused sewing machine salesman from the Midlands would appear. Patient #249's parents found this inconvenient...

Please update your links to http://heropresstwo.blogspot.co.uk!

Remember, every time you miss a HEROPRESS blog entry Davros gets a hard-on!

And nobody wants that!

Email ThisBlogThis!Share to TwitterShare to FacebookShare to Pinterest
Labels: lovable links, someone cool

OUR VAULED CUSTOMERS knows the score!

From OUR VALUED CUSTOMERS 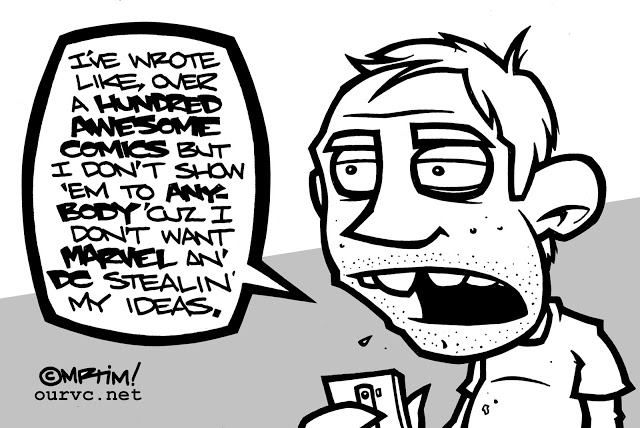 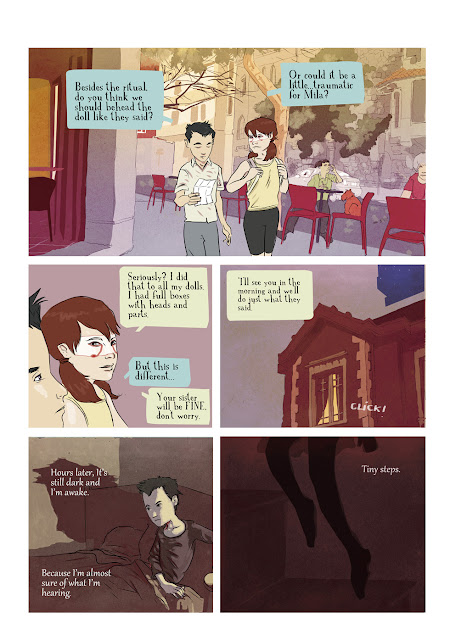 DILDOMANCY? This could only come from LiarTownUSA 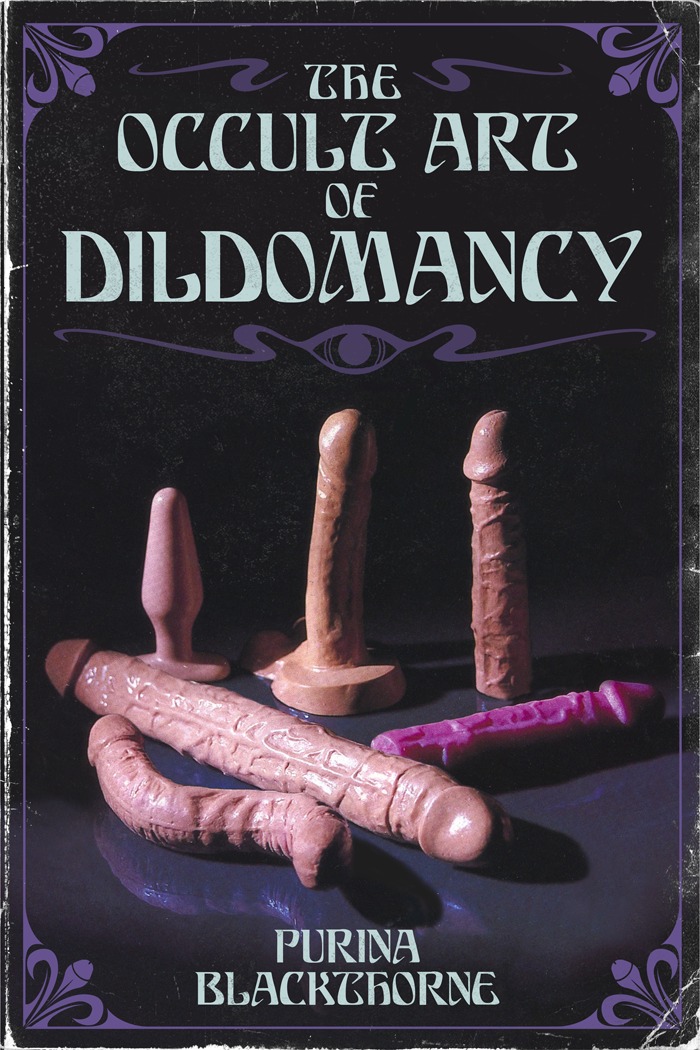 The following song is posted in honor of ROCKET FROG!

THE TALE OF ROCKET FROG

Email ThisBlogThis!Share to TwitterShare to FacebookShare to Pinterest
Labels: the legend of Rocket Frog

Oh my! We’re not sure to laugh or cry on this one (maybe both). This frog gives new meaning to “flying leap” (or giant leap). This little guy was obviously startled by the ignition of the Minotaur 5 rocket that launched the LADEE spacecraft last Friday.

We’ve confirmed this image is in fact an actual photo taken by one of NASA’s remote cameras set up for the launch from the Wallops/Mid-Atlantic Regional Spaceport. Wallops spokesman Jeremy Eggers confirms the picture is legitimate and was not altered in any way...

Hi everyone... I am on a blog posting hiatus this week...

I have a family member in the ICU and my brain doesn't want to do anything remotely creative...

Next week should see novel and story posts like normal.

The first clip from HORNS!