The following song is dedicated to my wonderful wife...

Email ThisBlogThis!Share to TwitterShare to FacebookShare to Pinterest
Labels: is you is or is you aint, sing it

Two real-life fantasy dolls ended their friendship in a round of online drama this week. But this is no mere fight between cosplayers. After going 10 rounds, the models known to the world as “Russian Barbie” and “Anime Girl” demonstrated to us the painful truth: Even the perfect woman can be cast aside in the end.
Just two months ago, actual human fairy Anastasia Shpagina posted on Facebook in broken but enthusiastic English: “rarely seen such good now and nice people as with Amatue Dominica!”
The Ukranian model with the striking magenta hair and the larger-than-life eyes was praising her friend, model Valeria Lukyanova, who gained fame as “Amatue,” better known as the Ukraine’s own real-life Barbie. Earlier this year, 21-year-old Lukyanova became the most-searched-for person on the Internet in Russia, thanks to her uncanny resemblance to the plastic Mattel figurine...

After today’s events, I’m unsure whether I should continue my investigation.

I resolved to speak personally to patients, rather than just read files; I had the notion that, if there was some agency working against me - possibly involving the chief of medicine - I should find patients without written or oral accounts. Only those furthest gone have refused to give statements… but I will be the only one to know their stories, and that will put me a step ahead.

I decided to start with the most heartbreaking patient we have. For several months, he has been unresponsive to any attempts to help him. I can’t imagine being in his situation… but I have seen him recently responding to the nurse that takes care of him...

WHEN MIKE ELLINGTON WOKE up, he was naked and couldn't move. Not that he was paralyzed--he could feel the cold surface of the table against his back--but he was wrapped in a ton of Christmas lights. His own lights, he realized as he angled his head to look at his bonds. He had been bound to the dining room table with his own damn Christmas lights, the green cords looping over and over and over around his legs, midsection, and arms until he was completely immobilized...

I wonder what she would have to say about my blog...

NEVERWHERE is back - AGAIN!

This time it is a radio play! And damn what a cast!

Recommended Triple Feature: THE CALL OF CTHULHU, OUT OF MIND: THE STORIES OF H.P. LOVECRAFT and CTHULHU

Two short length features and one full length film, all dealing with the stories and world of H.P. Lovecraft. All three take unique approaches to invoke the spirit of Lovecraft’s work.

As per IMDB the plot for THE CALL OF CTHULHU (2005) “The Call of Cthulhu is HP Lovecraft's most famous story. It is the only story to feature the celebrated monster Cthulhu and in many ways it encapsulates the ideas that went on to permeated Lovecraft's Cthulhu Mythos. The film follows the story's three-part narrative construction, and it moves from the 1920s to 1908 to the1870s and back, as the story does. The story embodies HPL's nihilistic world view, his cosmic perspective, and his sense that mankind is doomed by its own insignificance.
In the story, a dying professor leaves his great-nephew a collection of documents pertaining to the Cthulhu Cult. The nephew begins to learn why the study of the cult so fascinated his grandfather. Bit-by-bit he begins piecing together the dread implications of his grandfather's inquiries, and soon he takes on investigating the Cthulhu cult as a crusade of his own. As he pieces together the dreadful and disturbing reality of the situation, his own sanity begins to crumble. In the end, he passes the torch to his psychiatrist, who in turn hears Cthulhu's call."

Here the the trailer for the film.


Thoughts: A true labor of love, produced by fans and starring fans. The movie is done in the style of a 1920's black and white silent film. This is a brilliant idea that works very well for what they're trying to do, by limiting themselves to the effects of the silent era they let the strength of the story carry things along. That being said the things they do to realize the world-spanning adventure are pretty damn clever, I wonder what these guys could do with a Michael Bay sized budget. A faithful and worth adaption, just don't watch it with friends that don't like 'reading a movie'. 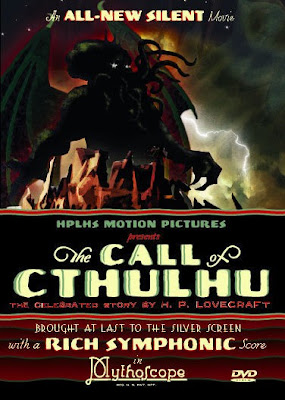 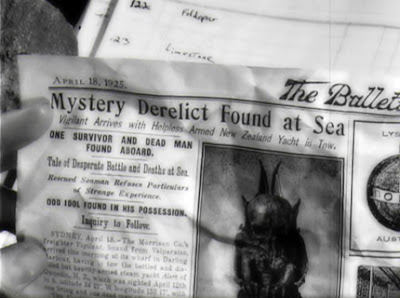 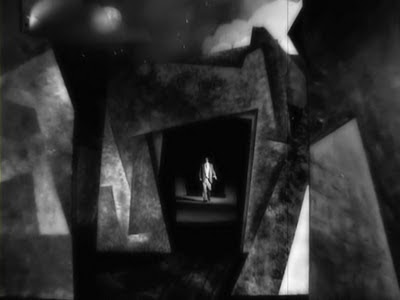 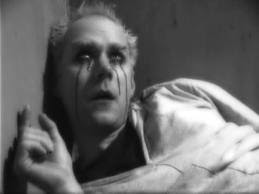 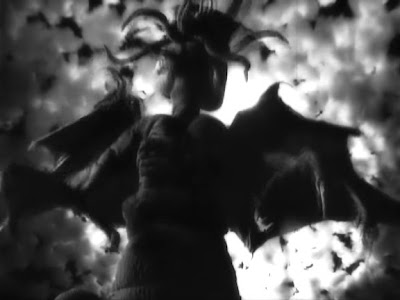 As per IMDB the plot for OUT OF MIND: THE STORIES OF H.P. LOVECRAFT (1998) “Haunted by disturbing dreams from an inherited book, a young man becomes interested in the writings of H.P. Lovecraft.”

Here is the trailer for the film

Thoughts: A wonderful discovery, it may only be an hour long but it uses that time very efficiently. OUT OF MIND gives us a crash course in Lovecraft’s life and works and throws in a pastiche of his stories to boot. It may not have George Lucas style effects but it has great ideas and a lot of heart. The films portrayal of Lovecraft glosses over the more problematic aspects of his personality but that works just fine for what this production is trying to do. I don't know why but I find the idea of the old man from Providence wandering around in the world of dreams oddly heartwarming. 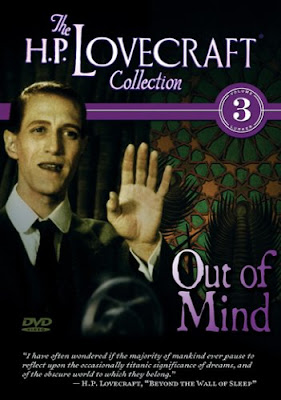 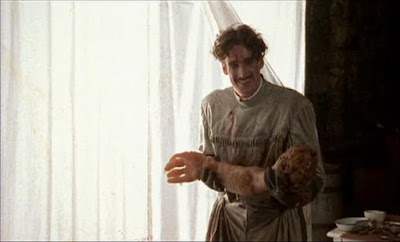 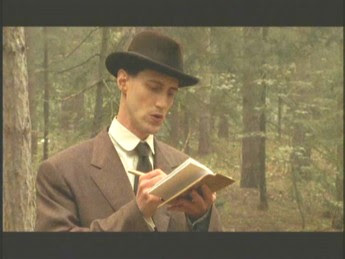 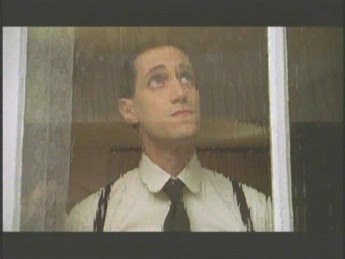 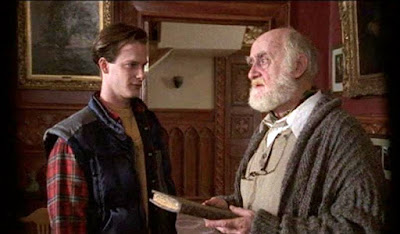 As per IMDB the plot for CTHULHU (2007) “A Seattle history professor, drawn back to his estranged family on the Oregon coast to execute his late mother's estate, is reacquainted with his best friend from childhood, with whom he has a long-awaited tryst. Caught in an accelerating series of events, he discovers aspects of his father's New Age cult which take on a dangerous and apocalyptic significance.”

Here is the trailer for the film.

Thoughts: An interesting adaption of Lovecraft’s classic story ‘THE SHADOW OUT OF INNSMOUTH’ and in my opinion it is superior to DAGON (not that DAGON isn’t entertaining in its own way also). CTHULHU takes ‘THE SHADOW OF INNSMOUTH’ and changes it from the story of a man wandering into danger to a coming home story. The protagonist is a gay man and the story of his love interest is believable and heartfelt. I like that the relationship of Russel and Mike has all the beats of a standard horror movie couple’s relationship. Russel’s relationship with his father is just as complicated and believable, sure his father is the leader of a cult of starry wisdom but 75% of their relationship could be that of any other father and son. That being said what we came for here is the Lovecraftian horror and we get it in spades. While the movie is called CTHULHU we never see the big guy in the film, but we do feel his presence as the apocalypse taking place in the background of the protagonists story slowly comes to the forefront. There are many disturbing and frightening scenes in the film thanks to the director's wise decision to hint at things rather than show them. The scene where the protagonist has to make his way through the tunnels beneath the city using only a flash camera for illumination is particularly harrowing. 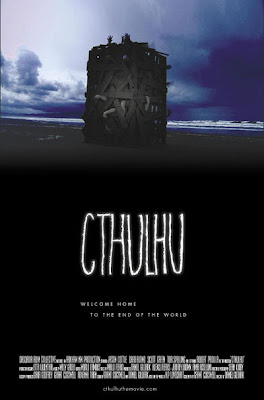 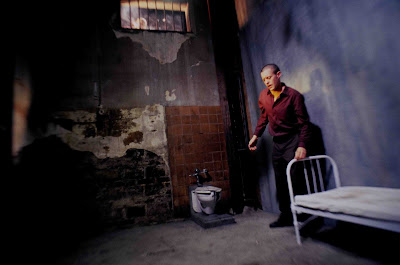 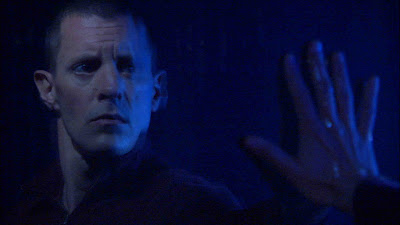 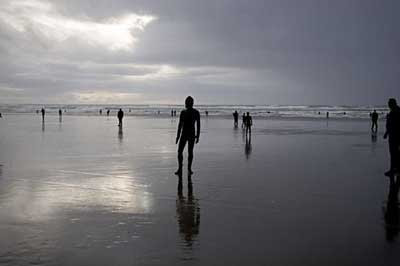 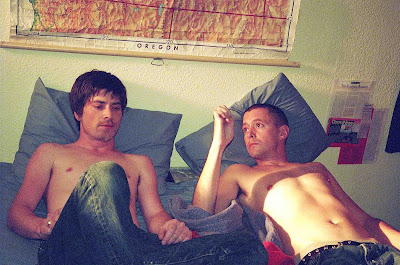 The video for Amanda Palmer's song 'The Killing Type' is bloody awesome!

Don't ever stop being awesome girl...

Email ThisBlogThis!Share to TwitterShare to FacebookShare to Pinterest
Labels: Amanda Fucking Palmer, sing it, something cool

I think I prefer this version of 'Gangnam Style' (aka this generation's 'Louie Louie'). Wonder why?

Why? Because I am a massive pervert...

Apparently the lady's name is Hyuna...