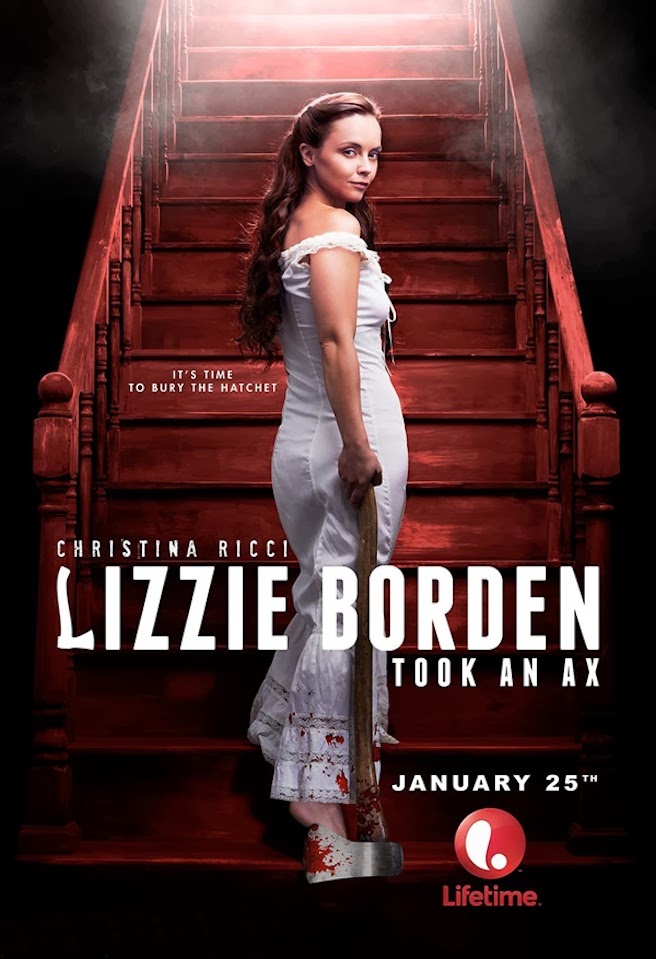 YOU SEE WHAT HAPPENS WHEN YOU FIND A STRANGER IN THE ALPS!!! In other words, check out rhe trailer for BLOOD GLACIER

What the world needs now: A unicorn that shoots fire, sneezes glitter and pees lemonaide

Anna Schumacher shared her spectacular wedding unicorn with the site Offbeat Bride. Since she and her husband met through the Burning Man community, they wanted to have a piece of fire art at their wedding. Kat and Jesse Green took a carousel horse, repainted it, and fitted it with a custom base, fuel tanks, a CO2 pressurized corny keg, a spout, an air pressurizer (for the glitter sneeze), a hammered copper horn, and a propane pilot...

And now the "Regeneration Carol" (I wish Matt Smith could stay too...)

Email ThisBlogThis!Share to TwitterShare to FacebookShare to Pinterest
Labels: Doctor Who, lovable links, something funny

Thanks to my pal MadmanMike for finding this!

When an American diver goes in the search of the body of Osama bin Laden, he's surprised to find not only the body,but also Bin Laden's terrifying and horny ghost. Abused by the ghost and forced to sail to America, the duo arrive in Miami where Bin Laden is overwhelmed by the sexy American women. Discovering that his power increases by having sex with young women, Bin Laden sets out to get as many women as possible in effort to become the ultimate weapon of mass destruction. With the American government unable to stop him because weapons have no effect on his ghostly body, all hope seems lost. As politicians leave the White House to operate from top secret locations, Janet a young psychic, convinces the leaders to employ help from the ghosts of dead Americans to combat the most unimaginable terror ever unleashed on American soil. But as Bin Laden's powers begin to grow, he sets out to take all that he sees. With the fate of the world in the hands of a sex-crazed terrorist. it's up to an influential figure from our past to save America from this bleak, sexual future. An entertaining mix of horror and comedy, this thrilling novel keeps readers on the edge of their seats. Filled with twists and turns that will keep readers guessing until the final page, this exhilarating book takes terrorism to a whole new level...

You can learn more about the book from AMAZON.com

Email ThisBlogThis!Share to TwitterShare to FacebookShare to Pinterest
Labels: lovable links, the damn book has better reviews than I do, WTF

I would like to welcome Kenneth Penn to the Patron's Page!

Thank you Kenneth Penn for your support. Donations like yours are what keep the lights on here at Casa de Bruno.

And remember folks for each donation of over $100 I will obscure this picture of me even more! 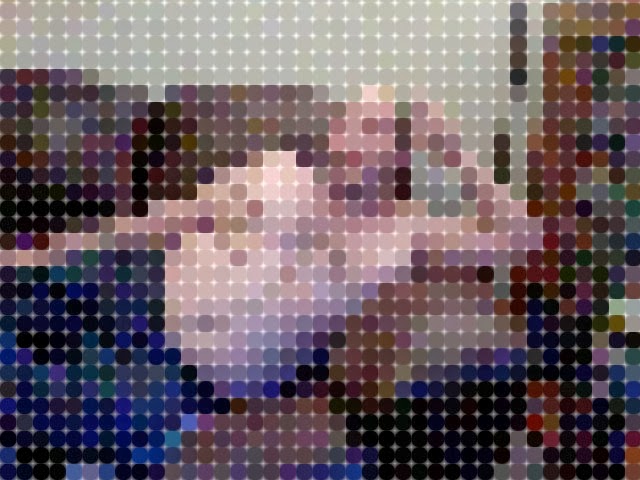 Email ThisBlogThis!Share to TwitterShare to FacebookShare to Pinterest
Labels: the patron's page wants you

Do you like my stories, videos and podcasts? Then why not make a donation? Only YOU can help me get my daughter's Ipad out of the pawn shop!

Make a donation! All money donated goes to upkeep and art and getting my damn furniture back! All donors will be listed on the PATRONS' PAGE!


Some of my works are only available in Ebook format.  Why not pick one up? And don't forget to leave a review!

PRICE BREAKS AND HEARTACHES VOLUME ONE
available in Ebook Format for 99 Cents. 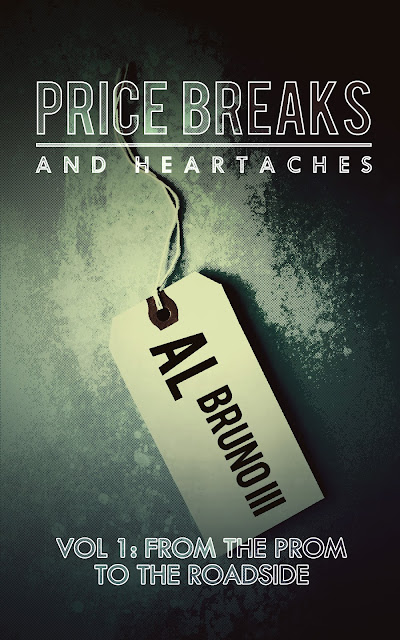 Available for the Kindle at AMAZON.com 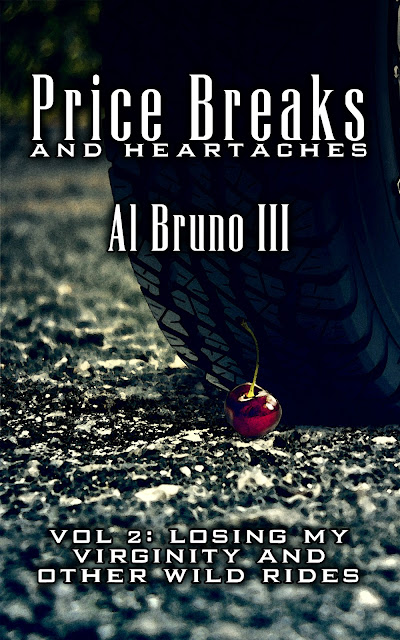 Available for the Kindle at AMAZON.com
IN THE MIDNIGHT OF HIS HEART
available in Ebook Format for 99 Cents. 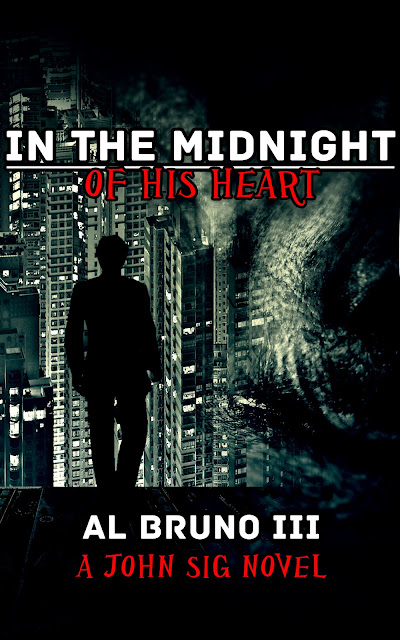 The artist's webpage is here.

DOCTOR WHO trailers pics and a clip too! 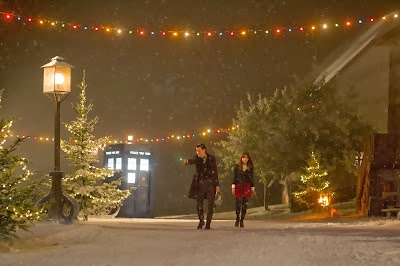 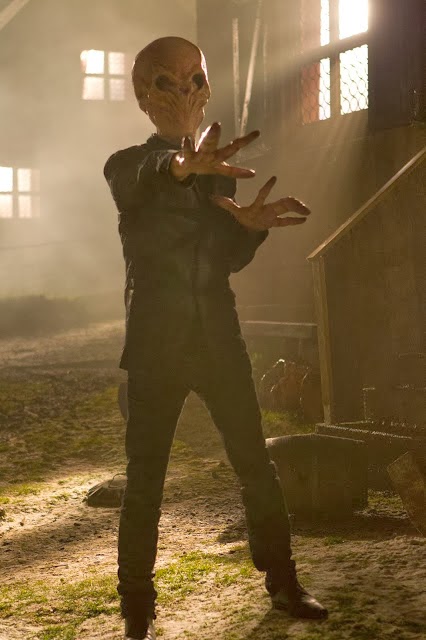 Speaking at The Hobbit: The Desolation Of Smaug European junket, Jackson told journalists, "I would be very happy to. I'd love to try my hand at television, because I've never had the discipline of having to shoot for those impossibly tiny schedules. I think I could do it okay now... 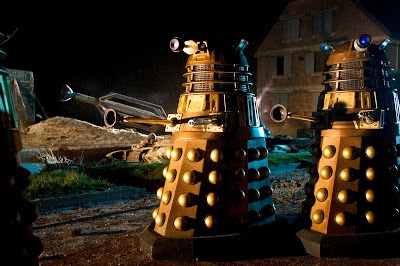 Steven Moffat explains why Capaldi WILL win over Smith's fans on Who
“I’m confident that we’ll sell this Doctor to our existing audience and he will be different enough that people won’t just be miserable that they’re missing Matt.”

“There will be people who will come and have a look just because it’s Peter Capaldi. We’ll tell them “You never thought this would be your show, but it is your show.”

“I was very curious to know how he’d go down. I thought it would go down well, and I thought it was a big declaration of intent with Doctor Who. People do sometimes try to be cynical about Doctor Who, and try to say “It’s not what it was”, despite the fact that you arithmetically can’t prove that in any direction whatsoever. 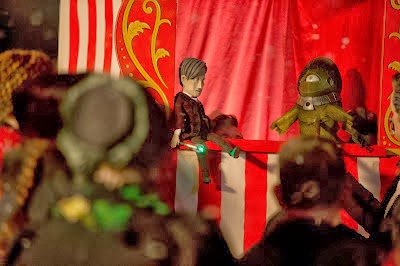 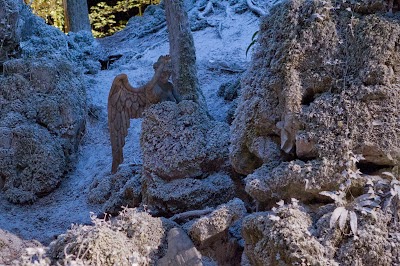 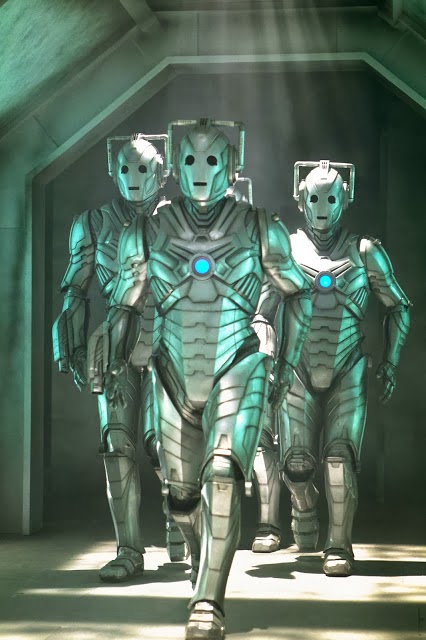 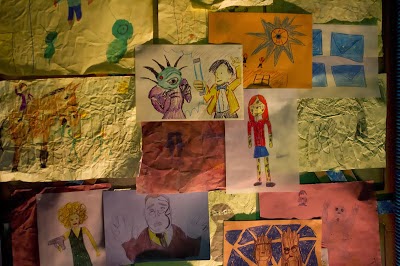 The trailer for SILENT RETREAT needs more word of mouth... 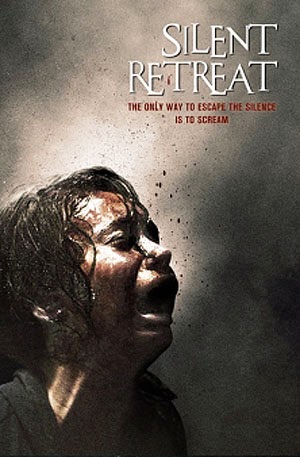 Hey fellow old farts - do you remember BATTLE OF THE PLANETS?

From BOING BOING
It's one of the first US adaptations of a Japanese anime series that I am aware of (Robotech is my favorite in this genre). Sandy Frank Productions draws on all the popular sci-fi memes of the day and brutally rips off R2-D2 to create a fast, fun and confusing series. Five young and highly-trained agents who dress like birds and fly like gravity doesn't exist gather to defend the Earth from Zoltar, the Luminious One, and planet Spectra...

Hey! This is a Sandy Frank production! You know what that means!

Email ThisBlogThis!Share to TwitterShare to FacebookShare to Pinterest
Labels: Battle of the Planets, lovable links, theres new nerd like an old nerd

PLAID STALLIONS shares the ghosts of action figures past! 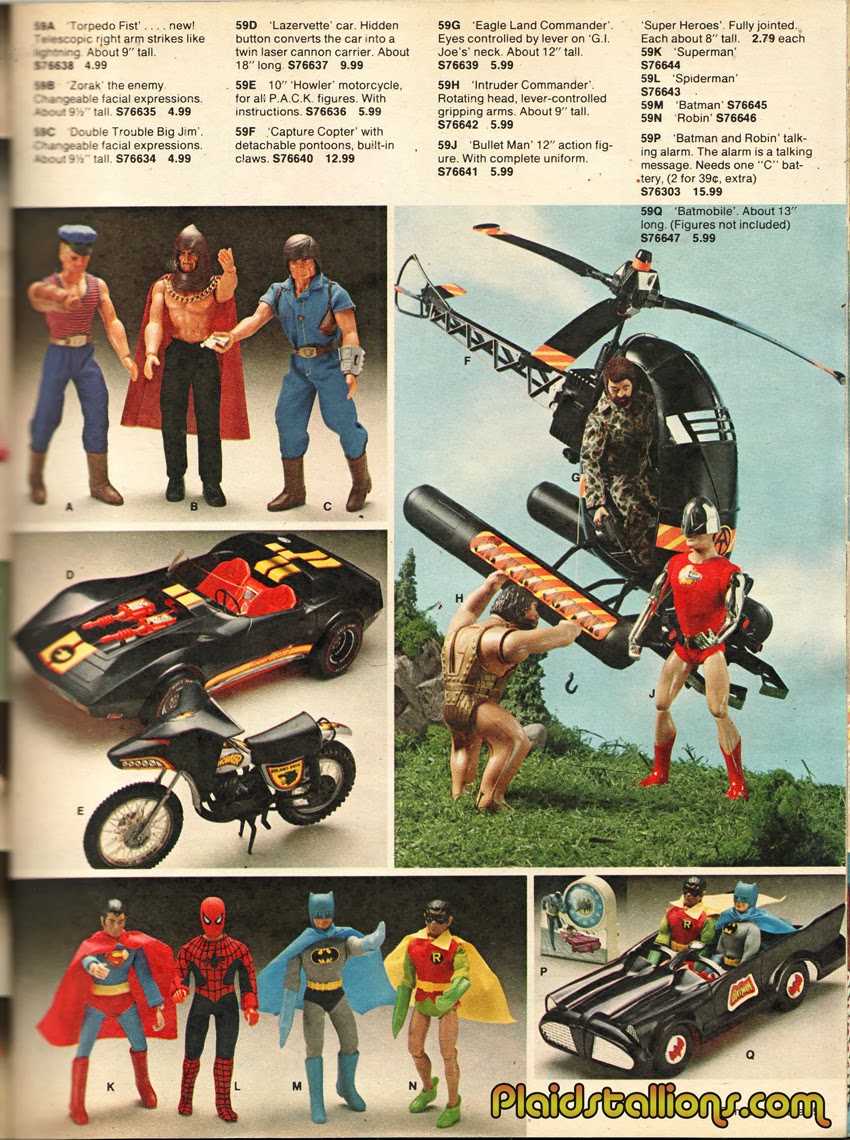 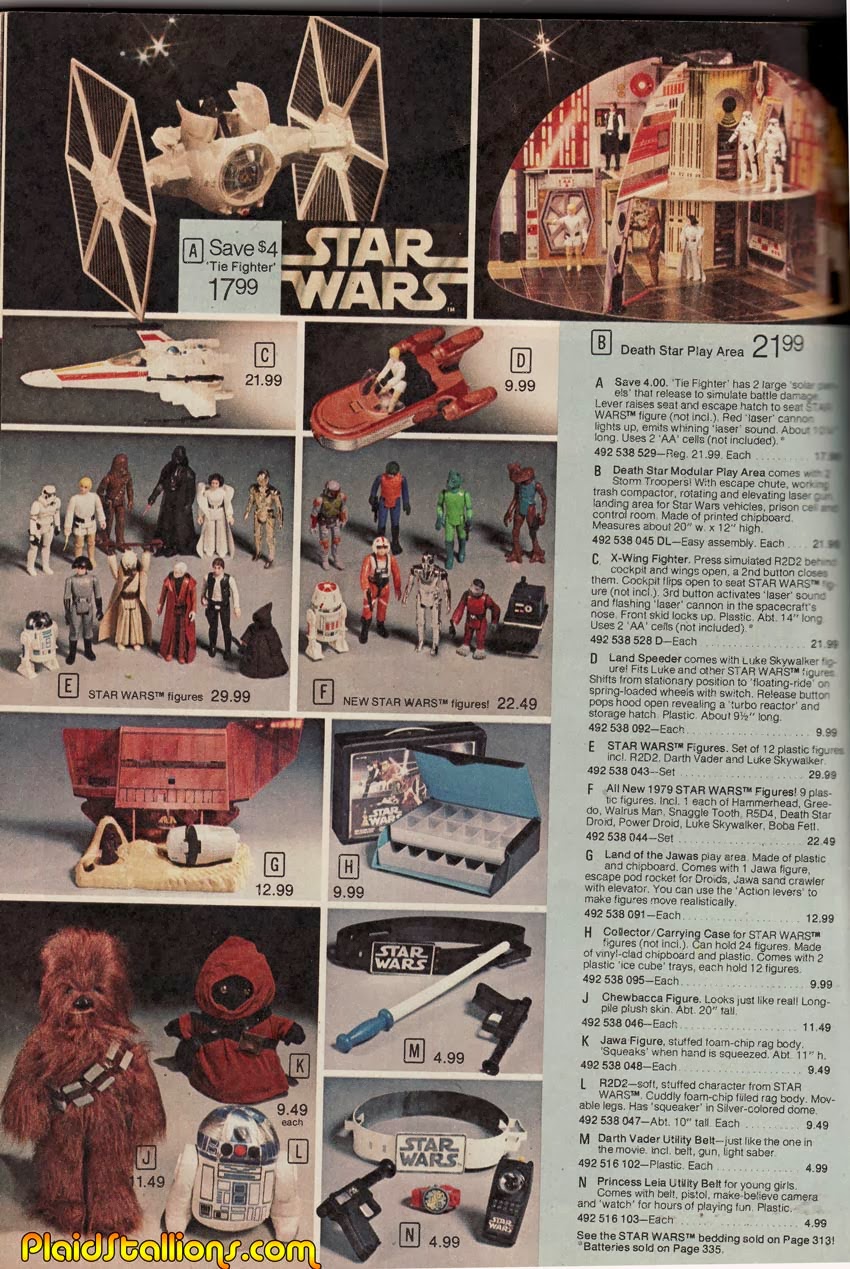 Email ThisBlogThis!Share to TwitterShare to FacebookShare to Pinterest
Labels: I want my toys back damnit, lovable links

The trailer for JUPITER RISING is, well, insane...

From GEEK LEAGUE OF AMERICA 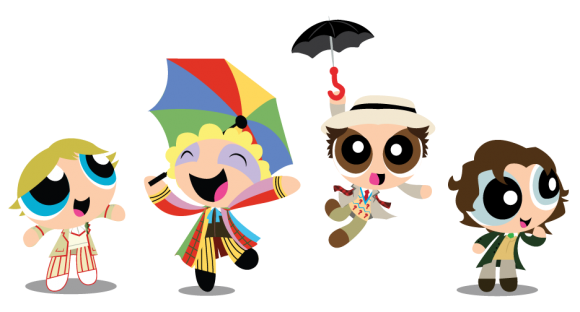 The trailer for MEGA SHARK VS MECHA SHARK is everything you expected plus Debbie Gibson.


This video is only tangentially related but loads of awesome...

This is what HELLRAISER films could be!

If this can be made on almost no budget, Dimension has definitely been doing the sequels wrong. Director Mike Le Han's most prominent directorial credits are on various UK true-crime reconstruction shows. With the aid of concept artist Paul Gerrard (Wrath of the Titans, Seventh Son) he has done one hell of a lot more than simply reconstructing Clive Barker's world. Think Hellraiser meets Silent Hill meets whatever other Japanese video games have depicted Hell over the years...

The red-band trailer for BAD WORDS is a foulmouthed piece or art!

The Cold Inside (a serial novel) Chapter Thirty-Four part two

“They ditched us again.” Warren said.

The cafeteria was subdued. About a fourth of the student body were absent; some parents didn’t want to bring their children past the gauntlet of reporters camped out near the front gates, others were waiting to see if something else was going to go wrong, some just didn’t want their kids coming back at all. Tristam found it darkly amusing that while he might have only wounded Evan he just may have killed Blessed Heart.

Now that’s what I call revenge. Tristam thought as he picked at the cold chicken strips he’d grabbed out of the refrigerator this morning.

Warren had bought a Hostess fruit pie and a peanut butter and jelly sandwich. He was eating the fruit pie first, “Now what?”

“That’s what I’ve been thinking as well.” Tristam looked at the other tables, Monique was among the missing students. It was to be expected he supposed. Her father was very protective of her but somehow Tristam had nurtured the secret hope that she just might come back to him in the aftermath, that somehow all her friends going crazy would drive her back into his arms.

“I mean maybe we should go and look for them?” Warren said, “They’re probably in the library.”

“I think we should give them time.” Tristam said, “They’re spooked. Greg’s got them spooked.”

“Well, I suppose what you can do is pretty spooky.”

At the front table, Pam was the center of attention. She was showing off her engagement ring to everyone. Ronnie was beaming like a fisherman that had caught a prize-winning bass.

Warren said, “Yeah. Think of it, you took these guys out and they never knew it was you. You can’t get in trouble for anything.”

Fred Trager was back, with a few scars and his arm in a cast, he still looked a little dazed. Yvonne was sitting far away from him. Tristam caught Linda Kaspary taking furtive glances his way.

“How?” Warren finished the fruit pie and licked the sugar from his fingertips.

“I told him, right before he got shot.” Tristam paused at the memory, relishing it, “I doubt he’ll know what to make of it, and he’s got jail and walking to worry about now.”

“Besides Greg knows too. And Yusuf. And Rich.”

“And me.” Warren said as he unwrapped his peanut butter and jelly sandwich.

Tristam let his perceptions change, he peered through flesh and matter into the very workings of Warren’s mind. It was like looking at the inside of an intricate watch that used synapses instead of cogs. He watched his friend bite and chew on the sandwich for a moment more before he reached in.

I do this wrong and he is fucked for life. With frightening ease Tristam made the changes he thought Warren would need. If this works… Today Warren tomorrow the world!

Warren slowed his chewing and looked at his sandwich like there was something wrong with it. After another experimental bite he put the sandwich back in its tinfoil and slipped it back in the bag. “What was I saying?” Warren asked.

“You wanted to know what I am going to do now.”

“Yeah.” Warren said, “I mean screwing with bullies is one thing but with your power you could be knee deep in cash and babes in no time.”

“I’ve got a few things in mind.” Tristam smiled.